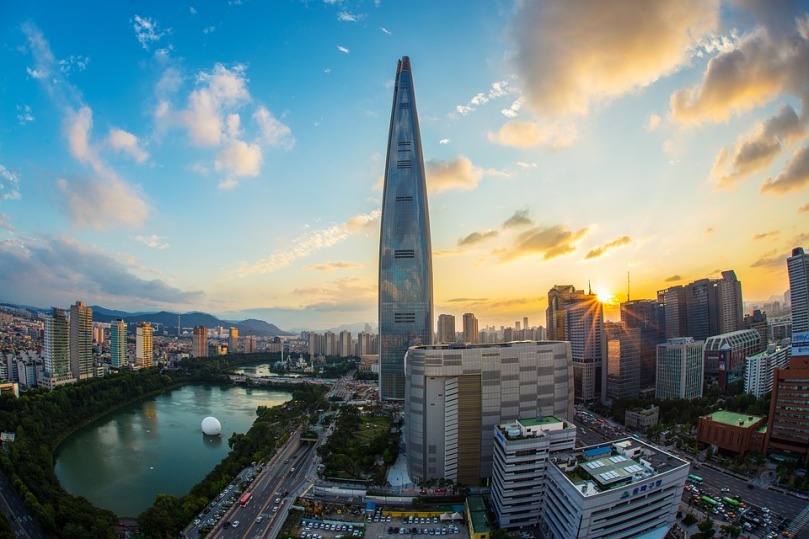 It’s clear from last week’s blog posts by Duncan Green that he is tired of academic critique against aid which have not been translated into concrete solutions (see here and here). However, the problem with his ‘marmite’ approach to addressing very complex problems is that it leads to reductive debates which are more symptomatic of the problem than constructive ways of finding solutions. Following Pablo Yanguas’ synthesis of research approaches I thought of taking a step back and analyzing the case of a successful aid recipient, South Korea.  I do this in hope of moving away from the ‘literature’ – which Duncan finds overbearing – as well as getting away from the linearity of the contemporary monitoring and evaluation approach used by the aid sector.

South Korea is a good example because its growth model is unprecedented. In 1957 South Korea shared a similar GDP with Ghana, but in a span of thirty years it managed to accelerate its growth exponentially and officially joined the OECD in 1996. Moreover, in 2010, Korea joined the Development Assistance Committee (DAC), a forum specialising in development aid and assistance. After Japan, Korea is the second Asian country and DAC member to transition from being an aid recipient to a donor.

Contextualizing South Korean growth and industrialization can therefore allow us to identify some informed inferences on the conditions and nature of aid which does result in economic development. In other words, if aid worked for South Korea, is it possible to derive some lessons on the efficacy of aid in countries that are now developing?

Following are some stylized facts about the nature of aid received and used by South Korea  and how it compares with aid received by other developing countries.

The first observation is that as a country South Korea was the recipient of one of the most consistent and extensive aid packages in the world; from the end of World War II until 1975, South Korea benefitted from unprecedented amount of aid (Table 1).

In contrast, developing countries have continued to receive much smaller amounts of aid on average with little evidence of consistency over long term periods. The sheer scale and consistency of Korea’s transformative aid project can be understood through comparison:

Aid delivery in other developing countries has also been extremely fragmented and the dispersion effects have been documented as a burden  to the efficiency of the public sector. For example, the 2003 World Bank Report cites that Tanzanian government officials prepare around 2,000 reports to donors and receive more than 1,000 delegations each year.  Ad-hoc and fragmented aid delivery is thus mired in bureaucratization and managerialism.

2. The Composition Fallacy! Aid for Social Reform or Aid for Infrastructure & Investment?

South Korea received aid in multiple forms and no one category of aid can be isolated to analyze its impact. After the end of Japanese colonization, America’s overt involvement in the Korean peninsula became the primary determinant of South Korea’s economic growth. The period of 1945 to 1948 was dominated by an emphasis on relief based aid. US foreign aid constituted 99% of the overall assistance including military and multilateral funds received by Korea (Chung.Y., 2007:308). In the period 1945-53 alone, American assistance (including military assistance) totalled $1.2 billion (Mason et.al., 1980: 165).

Humanitarian aid and military aid are considered mutually exclusive and generally operating in distinct spheres within an economy, especially in the prescriptions of DAC. However, this distinction misses the impact of liquidity and even the fungibility of military aid on the economy (E. Wood 1987:11). In Korea’s case the rise in military aid helped free resources for conflict-free development areas, thus inducing a similar effect to other forms of foreign aid.

Contemporary development assistance to developing countries is nothing like aid received by South Korea. There has been a fluctuation in conceptualising aid which has resulted in the diffraction of goals. Since the mid-2000s the emphasis of aid by traditional donors under the aegis of DAC has overwhelmingly relied on social reforms including health and education, voice and accountability, cash transfers and microfinance. In the aftermath of the 2008 financial crisis, the emphasis shifted to a new orientation in the role of aid as a ‘catalyst’ for development, encompassing heavy involvement of the private sector through investment in big infrastructure and new financialised instruments such as blending of public and private finance. Unlike the aid program in South Korea, the emphasis of each wave of development assistance has been extremely disjointed from the other.  This is because the social has been conceived as entirely distinct from the productive sphere. The contemporary instrumentalistaion of aid in developing countries carries very little understanding of how the productive and social sectors are related and how the state governs them.  A major reason for this is that the original of role aid as conceived by the structuralists has been completely overhauled today.

There is widespread consensus about the role of aid in fuelling the modern industrial sector of Korea (Amsden 1989, Mason et.al 1980, Cole 1980).  Economic modernisation under the controversial Park Chung Hee was a period of high aid dependency. Nearly 20% of foreign aid during 1953-1972 was used for the import of goods and services (Chung,Y 2007:318 ).  Over 87% of the total project aid was used for the industrial sector, concentrating on sectors such as mining, manufacturing and transport (Ibid). Textiles and commodity producers were dominant beneficiaries while traditional sectors such as agriculture and fishing only benefited from selective funnelling of aid for activities including the construction of irrigation dams. Foreign assistance also enabled the framework for the long standing alliance between the big business and the state by freeing up domestic resources to cultivate a private business elite (Amsden 1989:39). The new entrepreneurial elite, already in various positions of office through support for the American military had invested in a range of profitable sectors ranging from consumer goods to light industry such as manufacturing.  The state directed investment in heavy industry was possible through incentives such as tax holidays and subsidised loans, which could not have been possible if aid was not available for other sectors.

Clearly, the role of aid in fuelling the state led military-industrial nexus and  the subsequent internationalisation of Korean conglomerates or Chaebol is a socio-economic anomaly. The point to note is that Korea faced a very different situation of conditionality imposed by donors and in stark comparison to other developing countries. Disagreements between US and Korea in relation to the use of aid did exist but aid was not revoked in its entirety at any point during Korea’s industrialisation. No binding reciprocal demands which define contemporary conditionality were imposed. Park Chung Hee continued an authoritarianism model of government and got away with clandestine economic reforms such as the nationalisation of four major banks in 1961.

South Korean industrialisation is a product of  Cold War strategy in which aid was used as a political instrument (Doucette, J and Muller, A 2016; Gray, K 2014; Glassman and Choi 2014). The global environment which favoured Korea’s growth is radically different for developing countries today; the WTO for example, did not exist when Korea was making its industrial journey. Nonetheless, Korea’s anomalous case can serve as an important reminder of why studying the impact of aid through socio-economic and historical lenses is necessary.

The ‘literature’ does not exist in a vacuum, instead it serves the basis for debate and reform. Theory and praxis need not be in contradiction if the critique is understood for what it is; a call for delivering aid as a reform for mobilising domestic resources, as opposed to project management and tick-boxing exercises which rely on self-perpetuating inertia of quick-fixes.

Farwa Sial is a Senior Teaching Fellow in the Department of Economics at the School of Oriental and African Studies (SOAS). @farwasial.

Steinberg, D. 1985. Foreign Aid and the Development of the Republic of Korea: the Effectiveness of Concessional Assistance. Aid Special Study 42. Washington: USAID

4 thoughts on “Historicising the Aid Debate: South Korea as a Successful Aid Recipient”