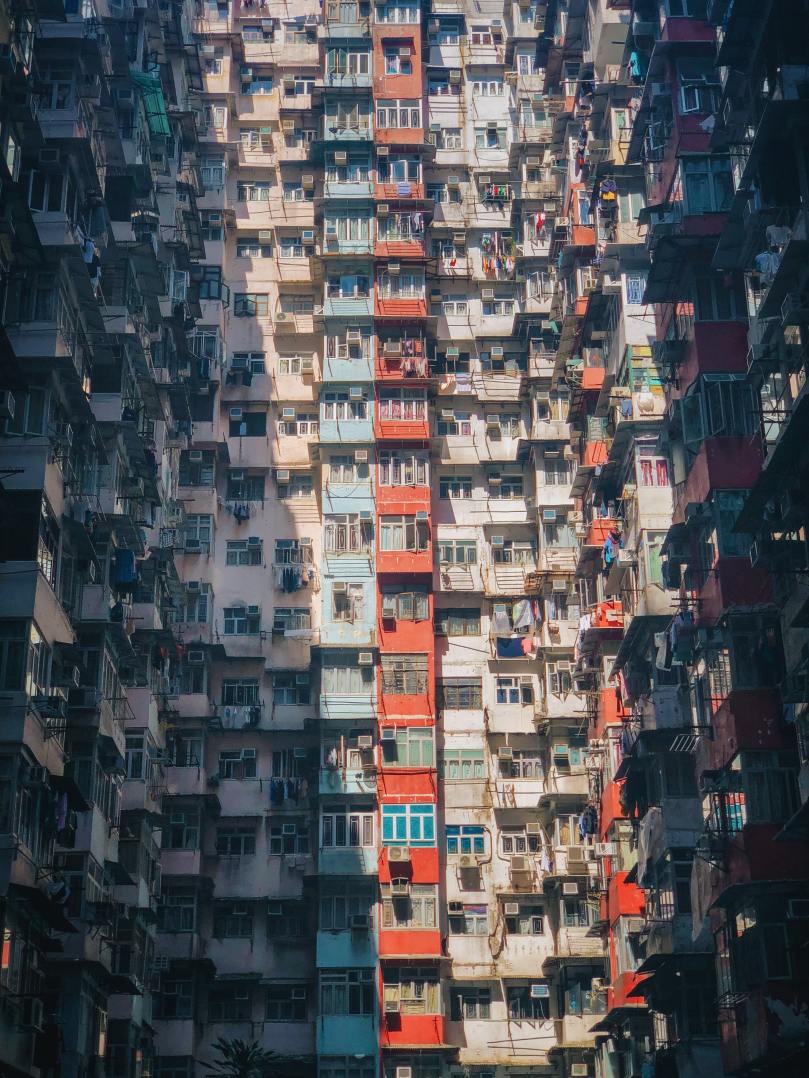 2020 may well be remembered as the year the global economy shut down. Airports have been closed, stock markets have crashed, and workers have been laid off en masse while politicians discuss if and how to reopen and restructure the economy. According to snapshot data, this economic turmoil has precipitated a global surge in anxiety, as people worry about their immediate and future financial situations. Their jobs, livelihoods and businesses, their incomes and finances, their assets and investments, their social relations and family ties, and their plans and dreams of economic progression, all seem on the brink of being fundamentally devalued. A now ubiquitous government response to COVID-19 – national lockdowns – has mandated the working class to stay home and worry about health first and livelihoods later. This dictate has pulverised the livelihoods of millions of people within a matter of days. Curfews, travel restrictions and other measures put into place to stop the spread of the virus are in the process of ravaging entire economic sectors (e.g. tourism and air travel, energy, export agriculture, personal services), undermining the prospect of growth for years to come. The hardest hit, however, are the poorest members of society: factory workers in India who left the cities and walked home to their villages in ‘an exodus not seen in decades’, Bangladeshi garment factory workers facing hunger and unexpected levels of poverty, as well as droves of US-Americans queuing for food stamps. All round is a picture of jobs lost, wages unpaid, contracts cancelled, futures foreclosed, and hunger and desperation for millions.

As expected, key global institutions like the UN warned about the economic fallout soon after the outbreak: falling GDP growth, dwindling incomes for sectors and countries, plummeting exports, rising poverty, unemployment and hunger. Predictions were made, models were built, and statistics of all sorts emerged. But alongside the coverage of oscillating numbers and economic indices, another theme has gained traction and been regularly coupled with lockdown-related isolation and depression: the stress, worry and anxiety people report about their personal economic situation and attempts to come to terms with, manoeuvre, resolve or cope with the heightened financial difficulties. This economically induced stress complex has been experienced globally – from the income-richest to income-poorest countries – and across classes – from the villas and gated communities of the better-off to the estates, ‘slums’ and rural homes of the poorest. This rise in personal stress regarding money matters is not just a phenomenon confined to the peripheries of global capitalism, the aid-dependent so-called ‘least developed countries.’ COVID19-finance-stress is a global phenomenon that people in every affected country grapple with. And how could it be otherwise given the unprecedented shutdowns, triggering a period of economic disruption, and significant amounts of money lost, diminished and dried up across classes?

But while the ramifications of COVID-19 flow across borders, classes, races and genders, the experience of the pressures it generates are often distinct. In Kenya, middle class professionals have taken up hawking fruit and vegetables from trunks of their cars as their jobs are less certain; over one million Kenyans have lost their jobs in the three months following confirmation of the first Covid-19 case in the country on March 12 (see also here and here  for similar processes across the continent). In Busia, a border town in eastern Uganda, it’s been small-scale traders, who have watched their produce rot and livelihoods crumble in the face of widespread market closures, and who have taken the risk to trade illegally despite the threats by security forces. Describing the death of two traders, a member of parliament ascribed the cause as pressure: ‘Two people are dead. What is killing them? Pressure; because they borrowed loans, they have stocked their cereals, maize is rotting, beans is rotting.’ Significantly, the MP did not suggest that the two died of hunger, poverty or diseases as such, but referred instead to something that is slippery, hard to grasp, define, and explain from a scientific point of view: pressure. While we cannot confirm that the cause of death was indeed pressure, the statement raises important questions: What in fact is the economic pressure that people feel and where does it come from? What are its causes and characteristics? How is it experienced and talked about? How does it rise, escalate, and reside in different cases and across classes? How do people manage or fail to manage it?

Similar reports of the human costs of lockdown-induced economic pressures now abound, from ever-growing lines at food banks in South Africa to skyrocketing demand for mental health services in Kenya. There are also increasing reports of (thoughts of) suicide and self-harm in the UK where people took their life after they lost a job, were furloughed, or had to (temporarily) close their business (see for related cases in UK and Germany or India’s Bollywood industry and agricultural sector). Similarly, in Uganda, a motorcyle taxi operator set himself on fire after his motorbike was confiscated by the police for violating curfew hours. There is also the reality that many people are working harder and longer, trying to be more productive during this time of economic uncertainty, and, therefore, being more stressed and burned out while working from home (for the dynamics at the other side of the spectrum, i.e. for the winners, see here).

We all have seen and heard such stories repeatedly in the countries we live or do research in, and they are arguably only the tip of the iceberg.  Pressure, thus, seems to be a real and growing by-product of the COVID-19 pandemic, and an urgent problem for individuals, their families, as well as for society at large. By the time of writing, for many societies, cities, professions, families and individuals, levels of pressure, stress, worry and anxiety seem to be of an intensity and relentlessness that is unprecedented, principally because almost everything is halted (i.e. work/business in severe decline) for a significant period and at the same time. Poor Nairobians who were unable to find work in an economy that was already volatile before Covid-19 could, for example, no longer seek shelter in their rural homes as transport costs skyrocketed and Nairobi was put under lockdown.

Despite the obvious rise in pressure on individuals (as well as economies), pressure is largely neglected by the social sciences. As a team of researchers and educators, the four of us have focused on the theme of financial stress and economic pressure for a year now. We noted that while social science scholarship including economics and development studies was comprehensive on matters such as poverty, livelihoods, household (economic and reproductive strategies), precarity, uncertainty or economic practice, it was relatively thin and conceptually limited when it came to economic pressure. Pressure is hardly recognised and treated as a social phenomenon in its own right; as an endemic category or a key phenomenon of capitalist society.

Against this background, this blog series and our broader intervention aims to direct due attention to the phenomenon of economic pressure and stress and expand understandings and debates about the topic. Particularly, we aim to advance not only research on pressure, but also the scientific, policy and public discussions about the nature, characteristics, dimensions, magnitude, causes and experiences of economic pressure and financial stress. We endeavour to contribute to research and debates about pressure that are more focused, data-driven, and, importantly, more interdisciplinary and comparative. We start our own analysis by examining how pressure is expressed and experienced by diverse actors in Africa’s urban, neoliberal settings. In the coming two months, members of our team will write blogs about aspects of pressure and stress in Nairobi, a city characterized by substantial pressure levels fuelled by extensive housing and infrastructure problems, high inequality, limited earning options and high precarity that is trivialized by a hegemonic prosperity gospel emphasis on the need for one to have an “entrepreneurial spirit” in order to manoeuvre and survive these burdens of everyday economic life. These dynamics are coupled with other ongoing socio-cultural and political displacements. Our own blog pieces on Nairobi will be followed by entries exploring the theme in other settings on the continent and, hopefully, elsewhere, and it is also our hope that commentators from academic and non-academic backgrounds will engage with these inquiries on pressure at a later stage of the series.

Jörg Wiegratz is a Lecturer in Political Economy of Global Development at the School of Politics and International Studies, University of Leeds, and Senior Research Associate, Department of Sociology, University of Johannesburg
Catherine Dolan is Reader in Anthropology at SOAS, University of London, UK
Wangui Kimari is a Post-doc at the African Centre for Cities, University of Cape Town, South Africa
Mario Schmidt is a Postdoctoral researcher at Collaborative Research Centre “Future Rural Africa” and a.r.t.e.s. Graduate School for the Humanities, University of Cologne, Germany

Photo by Rids on Unsplash

One thought on “Pressure in the city: stress, worry and anxiety in times of economic crisis”