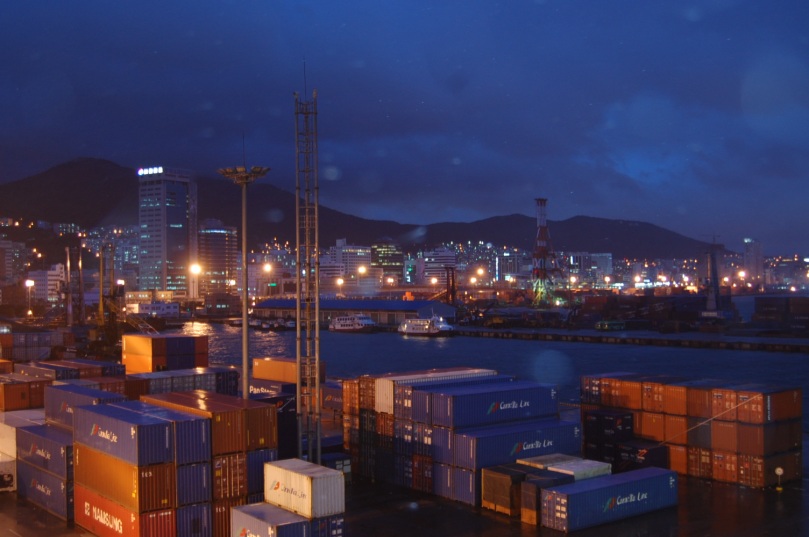 If leading developmental state theorist Ha-Joon Chang defines a developmental state as “a state that intervenes to promote economic development by explicitly favouring certain sectors over others’ then here we may simply add the epithet local to define the local developmental state model as ‘a local state that intervenes to promote local economic development by explicitly favouring certain sectors over others’. This revised understanding of the developmental state concept is meant to bring out into the open the historically important, but often disguised and overlooked, ‘bottom-up’ structural transformation and industrial development successes that have many times been facilitated by pro-active sub-national governments. As I will show below, the LDS model has been successfully deployed across many vastly differing countries and regions and, moreover, lagging regions have dipped into the LDS experience of the more successful ones in order to build their own LDS models, thereby to achieve similar results. The LDS model is thus broadly, though clearly not perfectly, transferable.

One important reason for the more recent success of the LDS model is that from the 1970s onwards the key driver of development was no longer heavy industry based on mass production serving large mass markets. Instead, not least thanks to new flexible technologies that can reap economies of scale at low levels of output as well as ensure the very highest quality and specification, the main driver of development is increasingly the technology-based and vertically and horizontally inter-connected micro, small and medium enterprise (MSME) sector. Pro-active sub-national governments have been in a very much better position than central government to provide a range of institutional support structures and other stimuli to support the most important of these MSMEs get firmly established and sustainably grow. Crucially, the LDS model played a central role in helping connect together enterprises into clusters, networks and subcontracting chains in order to reap important ‘collective’ economies of scale and scope.

Providing the right impetus for sustainable development has thus increasingly been reconfigured as a local responsibility. Sub-national governments no longer need to sit back and await a solution to their problems coming ‘from above’, still less wait for market forces to ‘do their magic’; they can be far more pro-active and do things on their own, and very often much better. We have here, therefore, a new engine for genuinely inclusive development that might be used in future, even in countries wherein neoliberal-oriented central governments still reign supreme, in order to begin to equitably rebuild economies and societies undermined by nearly forty years of neoliberal elite-driven restructuring.

Perhaps even more important is that the LDS concept provides an institutional eco-system that can be deployed to pursue even more radical economic and social outcomes. With the global neoliberal capitalist economy clearly in desperate straits today, the power of the local state can be turned towards building a feasible alternative to both neoliberal capitalism and state capitalism from the ‘bottom-up’. This is not wishful thinking. In many of its earliest incarnations, the LDS model proved crucial in building workable localized forms of democratic socialism.

Notably this was the case in northern Italy, and particularly in ‘Red’ Emilia-Romagna, where newly elected communist/socialist governments in the postwar period pursued a radically different model of social justice-driven development. With strong support for trade unions and the cooperative sector (with their support provided in return), and facilitated through a wide range of state and non-state pro-active financial and non-financial business support institutions, regional and local governments essentially took the lead in building and coordinating a unique ‘institution-thick’ model of economic and social development.  This so-called ‘Emilia Model‘ proved to be quite decisive in helping reconstruct northern Italy’s regions quickly and equitably. By the 1990s the region of Emilia Romagna was one of the richest in Europe. More importantly, it was regularly topping European ‘Quality of Life’ surveys thanks to the very high levels of equality, solidarity, security and cooperation it had generated for its citizens, a feature particularly associated with regional and local governments’ heavy emphasis on promoting various forms of cooperative enterprise.

The Basque region of northern Spain also succeeded in building a radical new regional economy based on many core democratic socialist principles and similar institutional vehicles. Attacked by the central government after 1939 on account of its opposition to the fascist Franco Dictatorship, by the 1950s this declining industrial region was officially the poorest and most troubled in Spain. Thanks to a pioneering cooperative development experiment begun in the town of Mondragon, however, the region began to reverse its decline. The key to this success was Mondragon’s experience with a community development bank and a pro-active development agency, both owned and controlled by its cooperative enterprises. Crucially, with enormous economic and social success registered with the Mondragon model from the 1970s onwards, and with an acceptance of the cooperative option already embedded in the Basque region for many years, the broadly leftist regional government took notice and began to build a range of its own similarly-purposed Mondragon-style institutions in order to pilot the wider Basque region out of its decline. It thereafter succeeded in promoting and patiently investing in innovation, technology development, SME clusters, as well as in creating yet more cooperatives. The resulting institutional eco-system driven forward by the competent Basque regional government gradually turned things around, and by the 2000s the Basque region was Spain’s most prosperous and equitable region.

Albeit with less overt reference to any of the broadly socialist goals enunciated by those driving forward the model in northern Italy and northern Spain, elsewhere the LDS model has played a similar role in very successfully promoting economic development. The example of the former West Germany is instructive in this regard. While for ideological and Cold War reasons orthodox economists have for a long time been unwilling to accurately depict the decisive role that proactive local and regional state institutions have played in Germany’s massive post-war economic success, this is changing. Today, even orthodox economists unquestionably accept that it was the successful deployment of a range of decentralised state capacities and institutional vehicles that both created and sustained Germany’s economic miracle.

The East Asian economies also exemplify the decisive role that the LDS model has played in reconstruction and development. Much of Japan’s rebuilding after 1945 involved the deployment of a wide variety of finance and non-finance LDS-type institutions in order to create the high quality/high technology/low cost MSME supplier base required for its larger industries to get started and expand. With similar LDS-type models deployed elsewhere in East Asia in line with Japan’s sophisticated local institutional structures, the stage was set for by far the most important success of the LDS model to date in China. With substantial autonomy from central government after 1980, local governments across China began independently to build a wide range of proactive local development units and funding bodies with the capacity to identify, invest in and support a special form of enterprise, the Township and Village Enterprise (TVE). The rapid expansion of the TVEs essentially created the basic industrial foundations for China’s economic miracle. Thereafter, the most proactive city governments were encouraged by the centre to continue to use their development-focused institutions, along with their acquired capital, knowledge and experience, to improvise and extend their development activities. The result was a whole new raft of much bigger industrial and technology-intensive state-owned enterprises, essentially turning China into the economic super-power it is today. Sadly, the orthodox economics community has consistently sought both to misrepresent and encourage the dismantling of these successful LDS models.

In sum, historical experience strongly validates existing practical experiments based around the potential role that a suitably adapted and embedded LDS model can play in the average community. The LDS model of economic and social development is an important component of the developmental state model. As I have shown, it actually accounts for much, if not most, of the success otherwise attributed to the developmental state model in many locations, perhaps most notably in China. The LDS model has also enjoyed far more success than orthodox local neoliberal models of development, such as microcredit. Moreover, the LDS model has not just been productively deployed ‘from below’ simply to kick-start capitalist-oriented economic and industrial development, but also to help transition many local/regional economies in the direction of a much more equal, harmonious, fair, dignified, cooperative and democratic/participative society. Indeed, it is its very ‘localness’ that ensures it is a more tractable development model and that it can connect more easily to popular demands for a better overall quality of life for all, and not just for elites.

Milford Bateman is a Visiting Professor of Economics at Juraj Dobrila at Pula University in Croatia, an Adjunct Professor in Development Studies at Saint Mary’s University, Halifax, Canada, and an Affiliated Research Fellow at the Future Forum, Phnom Penh, Cambodia.

4 thoughts on “The local state origins of national economic development”