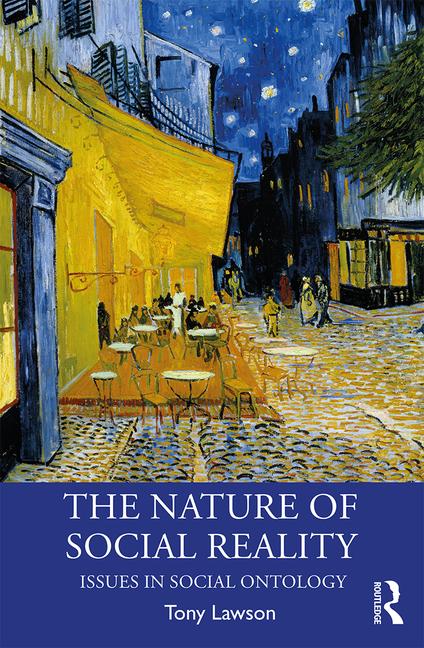 Ontology is the study of being. Social ontology is the study of social being or, in other words, the study of the nature and basic structure of social reality. We all do ontology all of the time, economists included, whether we like it or not. For all practices carry ontological presuppositions. Economists only have a choice between doing ontology explicitly or implicitly. Tony Lawson’s contributions stand out and are of such profound significance precisely because he explicitly grounds his analysis in an account of social ontology. It is only by redressing the ontological neglect that has for some decades characterised the discipline that a productive transformation of economics is at all feasible.

Lawson is perhaps best known amongst heterodox economists for his critique of the mainstream emphasis on mathematical modelling. Lawson shows that the implicit ontological presupposition of an insistence of mathematical modelling is a world of isolated atoms and argues that, as the social realm is not characterised by isolated atoms, the mainstream approach will produce largely irrelevant research. However, it would be wrong to consider this critique to be his major contribution. Rather, it is but one of an increasing number of powerful (sometimes startling) results derived from Lawson’s three-decade project of developing and defending, along with other participants of the Cambridge Social Ontology Group, an account of the nature of social reality.

The Nature of Social Reality: Issues in Social Ontology provides the latest developments that Lawson has made in the field of social ontology. Here, he sets out an account of social ontology that has come to be regularly referred to as a theory of social positioning, demonstrating its explanatory power. An exciting feature of the book is that it sets out the theory of social positioning in its most advanced form to date and then puts it to work through analysing the nature of the corporation, money and emancipatory practice. Whilst Lawson is pursuing themes in social ontology at an advanced level, he takes great pains to ensure that the analysis is everywhere accessible. The detailed and provocative accounts of the corporation and of money provide ample illustrations of the enormous potential of the social positioning framework.   END_OF_DOCUMENT_TOKEN_TO_BE_REPLACED

The Developing Economics blog takes critical approach to development economics. It seeks to stimulate debate and critical reflection on economic development among academics and practitioners from all relevant fields.
Join 14,610 other followers