The race to pay drivers as little as possible is underway in Indonesia. In this competition, the participants are platform companies in online transportation services, such as Gojek, Grab, Shopee Food, Maxim, InDriver. Some researchers argue that competition between platform companies will create equilibrium prices, also called a race to the middle, which is considered positive.

This positive assessment of the platform’s inter-corporation competition is rooted in the neoclassical economic notion of perfect competition. In this theoretical framework, it is assumed that competition equalizes supply and demand to create a balance of goods prices, wages, and profits; the results of which will create mutual benefits. Therefore, the preconditions for such competition are emphasized as important from a policy perspective. These preconditions include strong legal systems to support the operation of the ‘free’ market and the minimization of state intervention, which is thought to distort market price signals.

However, the story of perfect competition is far removed from how competition actually plays out. Indeed, capitalism is not as harmonious as the neoclassical framework suggests. This has led to the recognition of imperfect competition within the neoclassical framework. Stiglitz, for example, sees that markets may not work perfectly because of information asymmetries. The Marxist economist Anwar Shaikh has proposed an entirely different view of competition. For him, what takes place in capitalism is not perfect competition, but real competition. In a real competition framework, there is competition between companies to cut production costs so as to enable them to lower commodity prices below those of their competitors. With lower prices compared to their competitors, their commodities tend to be chosen by consumers. This means that competition is a fight to beat rival companies, which often leads to a process of centralization: the strong get stronger and the weak get competed out of the market.

END_OF_DOCUMENT_TOKEN_TO_BE_REPLACED

It is well known that, during the 20th century, the pharmaceutical industry became extremely powerful at the international level, alongside financial, energy, technology, and manufacturing companies (Wells, 1984). The internationalization of the pharmaceutical industry only rose after the internationalization of patent protection in the Agreement on Trade Related Aspects of Intellectual Property Rights (TRIPs Agreement) (Haakonsson, 2009). This industry is highly concentrated around a small number of very large transnational groups (65% of global sales are made by the 20 largest players – the ‘big pharma’) that operate worldwide through subsidiaries in 150 countries, on average. Revenue in the worldwide pharmaceutical market increased at a considerable rate, even during the global slump of 2008, and was estimated at an astounding USD1.143 trillion in 2017 (Statista, 2019).  Recently, we published an article  on pharmaceutical value chains, which investigates how they are embedded in an international division of labor, from a new-structuralist theoretical perspective. We ask: how global are the pharmaceuticals value chains? Are there centers and peripheries in pharmaceuticals value chains, and if so, which countries are in each pole?

END_OF_DOCUMENT_TOKEN_TO_BE_REPLACED

What is new with contemporary (global) leading corporations? If gigantic monopolies are a repeated phenomenon in capitalism’s history, why all the fuss we see every day regarding high concentration?

Leading corporations of the 21st century are intellectual monopolies. These are firms that rely on a permanent and expanding monopoly over portions of society’s knowledge. A recent joint OECD and European Union report shows that the top 2000 corporations in business expenditure in research and development (BERD) concentrated 60% of total IP5[1] patents between 2014 and 2016 (Dernis et al., 2019).

How did this happen if intellectual rents enjoyed by the innovator were supposed to disappear once the rest of the industry adopts the new technique? They disappeared if the secret was broken, the patent expired, or when another firm innovated, overcoming the innovating firm’s advantage. Knowledge is cumulative and those innovating have a greater absorptive capacity to keep innovating. Aided by a more stringent and global intellectual property regime, the continuous reinforcement of knowledge monopolies has led to a perpetuation of the core, maximizing rentiership over time.

Intellectual monopolies may not monopolize the markets they operate, which can even be competitive markets like Amazon’s marketplace, where Amazon sells its products with millions of other sellers. Their monopolistic condition relies on their capacity to significantly and systematically monopolize knowledge, which generally – but not always – contributes to market concentration.

END_OF_DOCUMENT_TOKEN_TO_BE_REPLACED 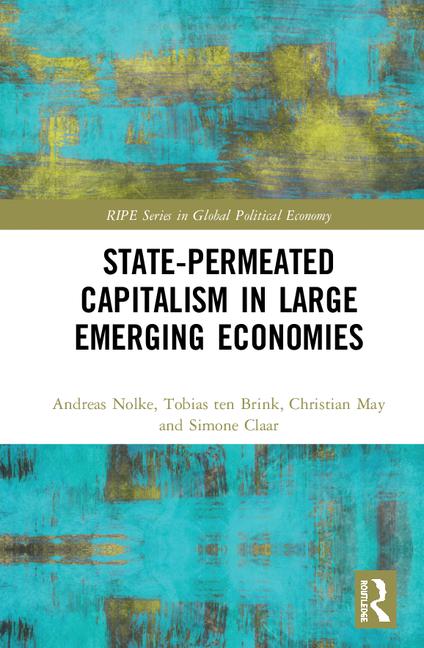 In recent years, state capitalism has become an important buzzword in the development economics discussion (again). In view of the very different ways in which this term is used, Ilias Alami and Adam Dixon recently highlighted the dangers of using the term too loosely in an article in Competition and Change. In view of its recent popularity, state capitalism could suffer a similar fate to the terms “neoliberalism” or “financialisation” by becoming a very loose rallying cry without any significant analytical value. To overcome this problematic situation, Alami and Dixon propose that future research should (1) develop a theory of the capitalist state, (2) circumscribe the time horizons of state capitalism, and (3) locate state capitalism more precisely in territorial and geographical terms.

Although I am not sure whether the genius can be put back into the bottle by developing a unified theory of the state (too many different theoretical traditions are involved by now), I am very sympathetic to the latter two demands. Our recently published book “State-permeated Capitalism in Large Emerging Economies” (Routledge) is a modest contribution to the latter goals. It deals with the economic development of Brazil, India, China and South Africa between 2000 and 2015. Departing from a “comparative capitalism” perspective, we have developed an ideal type of state-permeated capitalism – as opposed to liberal, coordinated and dependent capitalism – and examined to what extent large emerging markets are approaching this ideal type. END_OF_DOCUMENT_TOKEN_TO_BE_REPLACED 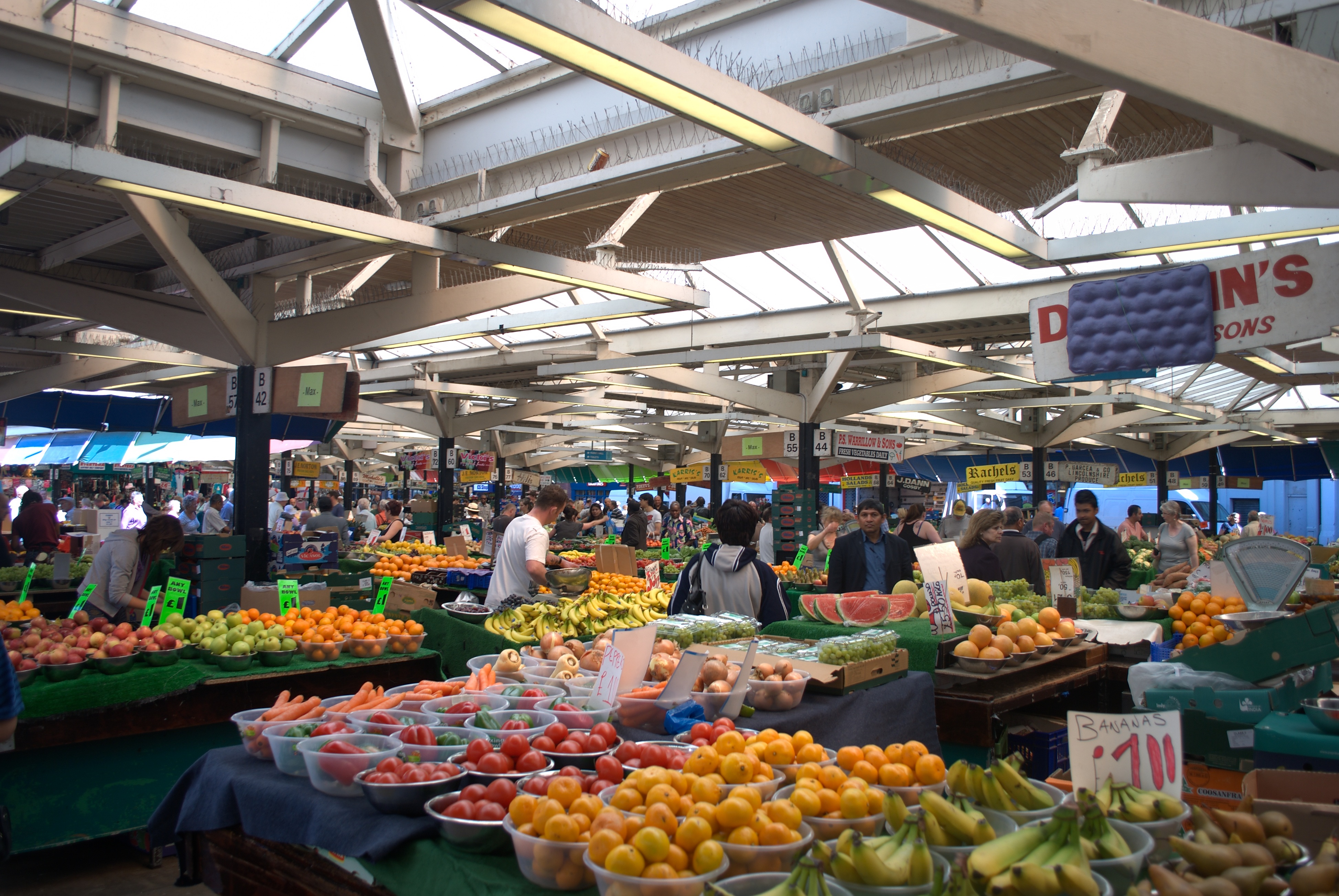 Economic imagery pervades societal discourse. Part of this imagery projects markets as existing everywhere; the common societal parlance sees talk of the car market, the grocery market, the computer market, or, simply, the market. Yet, excepting traditional marketplaces or medinas, these markets have no physical manifestation. Unlike with other major social institutions there is no where to visit; there is no headquarters. Instead, markets are said to exist when there are competitors in the provision of services or goods and where each competitor has a fair and equal chance of succeeding. The market, then, exists in a metaphorical, rather than physical, sense – it implies that the capitalist system operates diffusely like a marketplace, rather than there being an actual marketplace in which economic transactions take place.

The further extension of economic imagery has seen the market metaphor applied to the provision of political and economic ideas, with the notion being that there exists a level-playing field on which ideas are free to compete and that this competition will weed out weaker ideas. Hence, “no platforming” of racist or homophobic speakers should be staunchly opposed as it will impede the competitive destruction of abhorrent ideas. An important ancillary notion is that any idea that has come to be orthodox received wisdom has justly achieved this status through free and fair competition in the marketplace of ideas.

The problems with this account of the ideational development of society are legion, but I’ll limit myself to explaining just three, namely 1) product heterogeneity, 2) distribution of ideas, and 3) production of ideas. END_OF_DOCUMENT_TOKEN_TO_BE_REPLACED 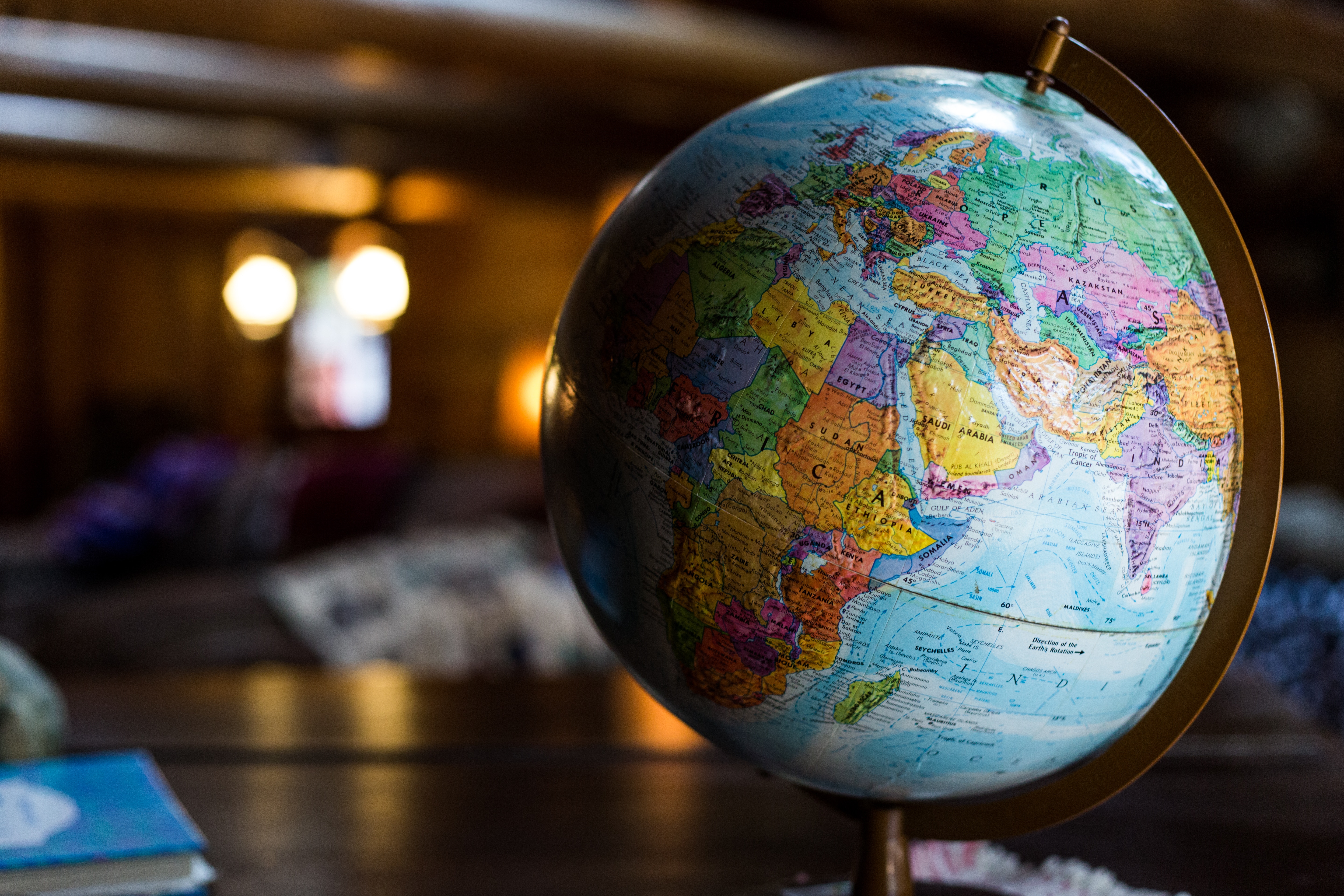 In this article I argue that there is a fundamental tension characterizing the process of global development and structural change. Industrial policy is necessary for triggering structural change in the developing world. Yet such efforts put pressure on economic leaders to adjust structurally as well. Drawing from international relations theory, a hegemon is necessary to provide international public goods such as peace, which are critical for development to be possible in the first place. But this necessity gives the hegemon expansive powers over international institutions of economic governance; and this enables the hegemon to externalize the costs of adjustment associated with structural change in the developing world. END_OF_DOCUMENT_TOKEN_TO_BE_REPLACED 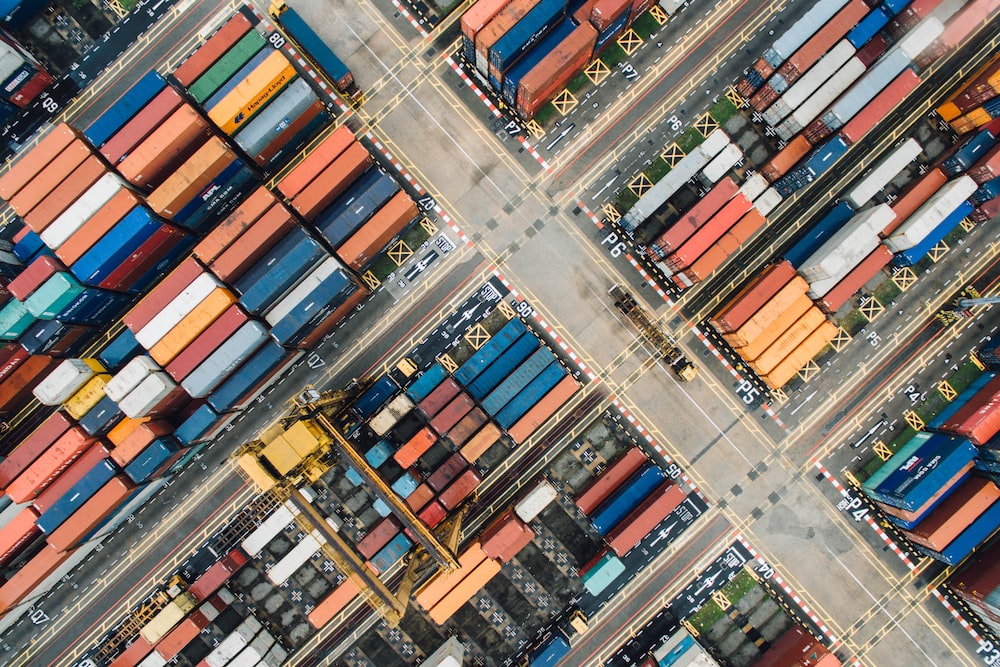 In Alfred Marshall’s theory, the ‘Law of Diminishing Returns’ is juxtaposed with ‘The Law of Increasing Returns’, also called economies of scale. Here we find the opposite phenomenon; the larger the volume of production, the cheaper the next unit of production becomes. Traditionally economies of scale were mainly found in manufacturing industry, and increasing returns combined with technological change has for centuries been the main driving force of economic growth. Increasing returns creates imperfect competition, market power and large barriers to entry for challengers – companies or nations – making it difficult for them to enter these industries. In contrast to the rents produced under conditions of increasing returns, raw materials – commodities – on the other hand, are subject to perfect markets, and productivity improvements spread as lowered prices. This is the essence of the theory which explains why former World Bank Chief Economist Justin Yifu Lin was correct hen he asserted that ‘Except for a few oil-exporting countries, no countries have ever gotten rich without industrialization first’ (Lin 2012 : 350). END_OF_DOCUMENT_TOKEN_TO_BE_REPLACED 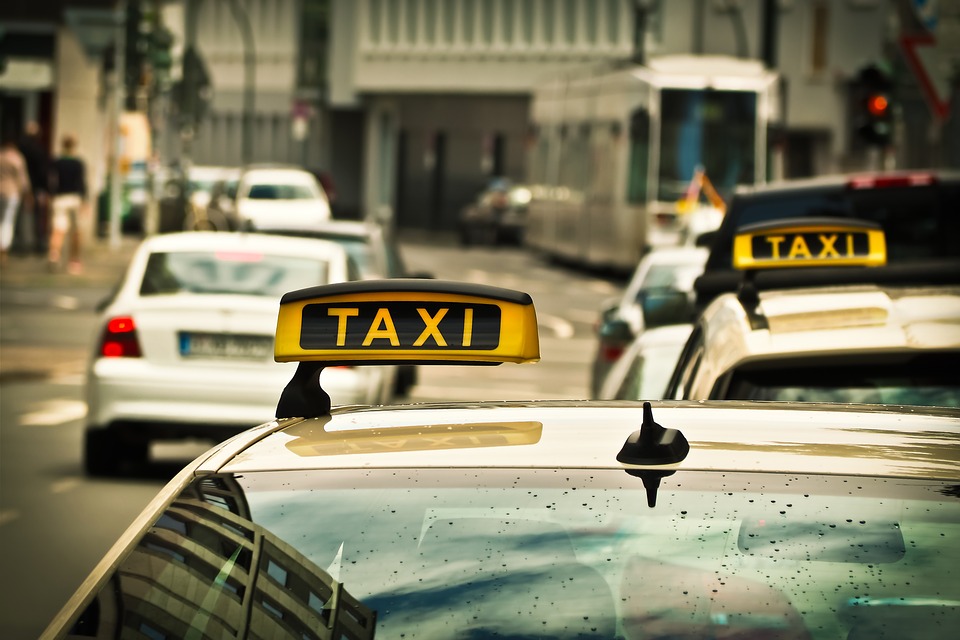 Uber’s usual tricks — to provoke price wars in an attempt to increase their share of markets, evade taxes, and undermine workers’ rights — are alive and well in Africa.

END_OF_DOCUMENT_TOKEN_TO_BE_REPLACED

The Developing Economics blog takes critical approach to development economics. It seeks to stimulate debate and critical reflection on economic development among academics and practitioners from all relevant fields.
Join 14,644 other subscribers