The Economics profession has long been too white, too male, too Western-centric, and too hostile to non-mainstream approaches. Today, a new tool – the D-Econ Database – is being launched to address this.

“All the women were busy.” “There are no people of color working on this topic.” “It’s the male-dominated field that’s the problem, not this particular panel.” We needed big names and all the big names just happen to be white men based in the Global North.”

We’ve all heard these excuses many times over. Women, minorities, and scholars from the Global South are severely underrepresented in the field of Economics – and that makes putting together panels that do not simply reproduce the dominant identities in the field a challenge. The high concentration of a few dominant identities in the Economics field has rightly led to outrage against all-white and all-male panels .

It is becoming increasingly accepted that this underrepresentation is not simply an issue of fewer women, minorities, and scholars from the Global South choosing not to be a part of the field. On the contrary, research shows that there are systemic biases that make it more difficult for economists who are not white, not male, and not based in the Global North, to be heard. An additional layer of discrimination has to do with approach. Indeed, Economics is “unique among the social sciences in having a single monolithic mainstream, which is either unaware of or actively hostile to alternative approaches” (King, 2013: 17).

END_OF_DOCUMENT_TOKEN_TO_BE_REPLACED 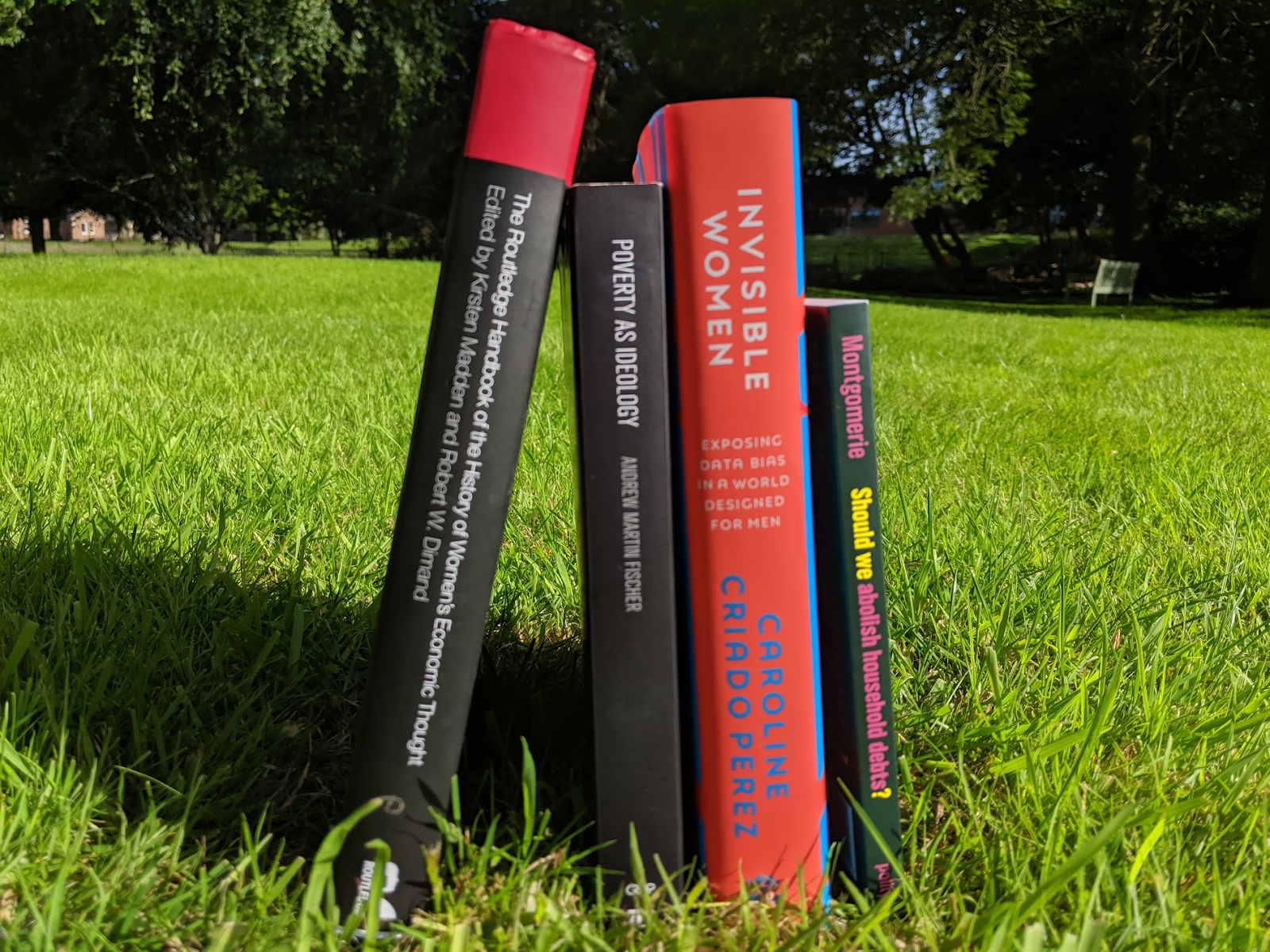 This summer, we take stock of the most interesting economics-related books that have been released over the past year. Every year, Martin Wolf of the Financial Times makes a similar list. However, by his own admission, he only reads within the tradition of his own training in mainstream economics. While his 2019 summer list includes several excellent books, such as The Case for People’s Quantitative Easing by Frances Coppola and The Sex Factor by Victoria Bateman, we are still struck by the strong white-male-mainstream-Western bias in Wolf’s list, with the books almost all written by white (20/21) men (18/21) about topics mostly focused on the US and Europe.

To complement Wolf’s list, we have put together an Alternative Economics Summer Reading list with authors from across the world, with more varied backgrounds – and writing about more wide-ranging topics, and from a wider variety of critical perspectives. Our alternative list also reflects our belief that issues such as structural racism, imperialism, ideology and the philosophy of science are central to understanding economics.

It is not that we think that Martin Wolf is in particular responsible for the lack of diversity and monism in our reading decisions: other curators such as the Economist (for example, here) also perpetuate the myth that the books worth reading about economics are mostly those written about the US and Europe, by white men trained trained in mainstream economics.  END_OF_DOCUMENT_TOKEN_TO_BE_REPLACED