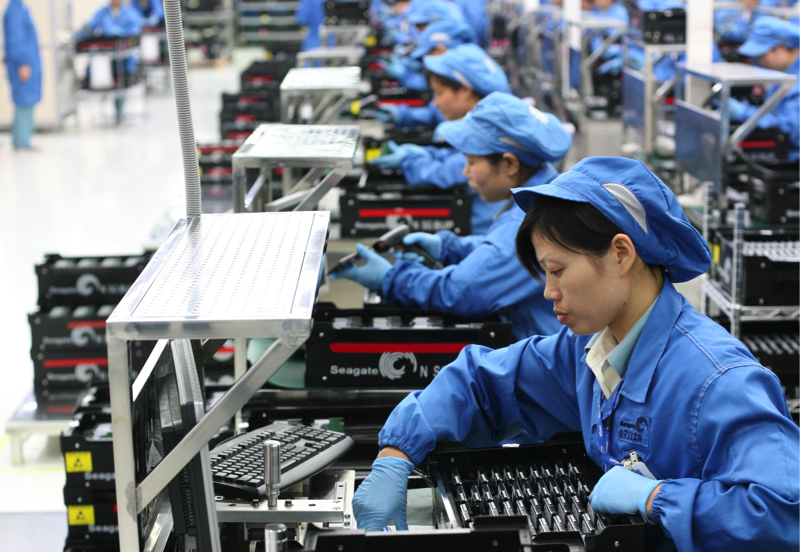 Recent research suggests that late industrializers have not been following previously observed patterns in terms of sectoral change and employment, but the effect of these changing structural patterns on well-being and the distribution of gains from growth has not yet been systematically examined. There is a global shift towards both lower employment in industry at all levels of income per capita and de-industrialization, the shift from manufacturing to service employment, taking place at significantly lower levels of income (See work by Timmer, de Vries, and de Vries; Subramanian; and Rodrik here, here, here and here).

Deindustrialization, Employment Generation, and the “Precarization” of Global Labor
There are many reasons why these new patterns may have negative effects on inclusive development; some recent research emphasizes the important role that periods of high levels of manufacturing employment have played in now wealthy countries, and the dearth of wealthy countries that have skipped such a phase; there are concerns about the effects of lower levels of manufacturing output on both growth and employment generation ( See again Timmer, de Vries, and de Vries and Rodrik).

Even aside from the direct benefits of employment in manufacturing, in both many classical growth models, such as those by Lewis and Fei-Ranis, and in some recent empirical research, labor absorption in industrial sectors is a necessary component of eventually improving the labor outcomes for those in the rural/agriculture sectors. If labor instead moves from agriculture into “low-value” services and the informal sector, this may not create the same opportunities for stable and growing incomes or other improvements in living standards.

Additionally, these trends have contributed to what has been described as the “precarization” of labor, a declining employment population ratio, an increase in service employment, a high share of workers in the informal economy, and declining wage share and greater income inequality, which has a multitude of potential political and social effects (See van der Hoeven here and here, and Standing, for examples of this argument).

Welfare Effects and the Appropriate Political Response
In Standing’s view, the solution to this potential development issue is to increase the provision of social and community support that is not connected to formal employment, and therefore systematically improve the well-being of those who do not have formal employment. Others, such as Amsden (here and here), or Reddy, have argued that patterns of structural change that allow more people to become directly involved in the processes of growth, especially through creation of accessible and remunerative employment, will be more successfully inclusive in terms of outcomes than those that do not, even when followed by redistribution, a viewpoint that would entail a return to greater generation of formal employment as a policy goal.

One current focus of my own research is identifying the effects of the global trend towards premature deindustrialzaton on human well-being; a necessary in formulating the appropriate policy response. In the next blog post I will introduce my work on Brazil and South Africa.

5 thoughts on “Premature Deindustrialization and its Consequences for Human Welfare”

Leave a Reply to Consequences of Deindustrialization in Brazil and South Africa, and Potential Remedies – Finconom Cancel reply

The Developing Economics blog takes critical approach to development economics. It seeks to stimulate debate and critical reflection on economic development among academics and practitioners from all relevant fields.
Join 14,611 other followers