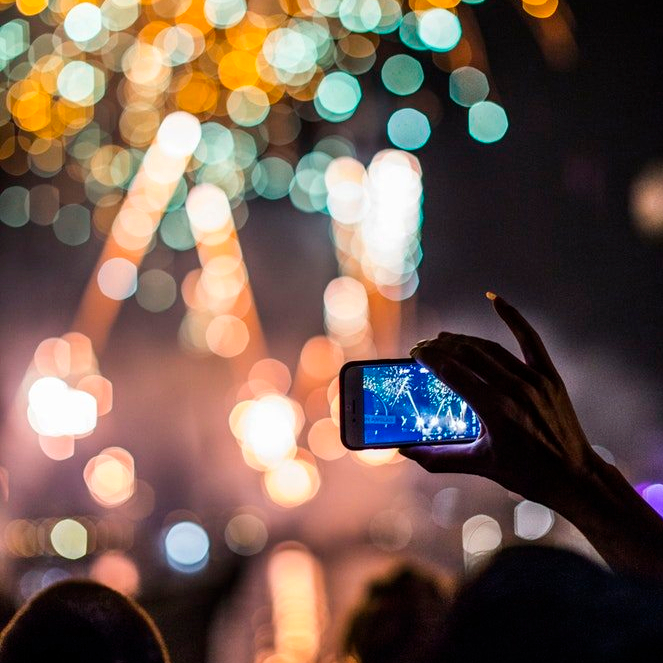 How are things “datafied?” This blog post aims to answer this question by offering a critical reflection on a wide range of recent initiatives that attempt to “datafy” remittances, i.e. leverage migrants’ and recipients’ money as a means to facilitate access to digital financial products and services for individuals and households, with a specific focus on Ghana. A handful of scholars have started to critically assess the political economy of the “financialisation of remittances”, calling into question an agenda that is animated not by the needs of migrant men and women but rather the political and financial concerns of a broad coalition of global and national actors relating to the socio-spatial expansion of markets (Datta, 2012; Cross,  2015; Kunz, 2013; Hudson, 2008; Zapata, 2018). Here, I want to focus on the yet neglected aspect of the construction of these remittance markets, rather than treating financialization as “an explanation in and of itself” (Fields, 2018:119).

Markets are realised through processes of ‘framing’ (Çalışkan and Callon, 2010). With regard to remittance markets, the first market framing constitutes the ‘pacifying’ of remittances. In other words, remittances – and the underpinning social practices of money sending and receiving – must be turned into commodities. To render legitimate development strategies that aim to construct, maintain and deepen financial markets on the back of remittances, remittances must be detached from the realities of indebtedness, sacrifice, separation, racism, xenophobia, exploitation, hyper-precariousness, and even loss of life that often underpin domestic and international migration (Glick Schiller, 2009). Remittances are pacified through a combination of discursive processes and particular practices of accounting. One important discursive framing relates to the assumption that remittances are foreign in origin and therefore arrive as cost-free incomes that did not require prior exchange, negotiations or even indebtedness. As a representative of the Bank of Ghana puts it: “remittances are a free foreign-exchange earner”. As a result, remittances are embedded within a particular regime of value within which they are cost-free, aggregate, commensurate and stable funds that can be capitalized on. Because they are disembedded from other regimes of value within which acts of remitting bear costs, remittances come to constitute the “ideal neoliberal currency” (Hernandez and Bibler Coutin, 2006).

Datafication of remittances in Ghana

The second framing that is necessary for remittances to be ‘valued’ as a disembedded currency entails the acquisition and formatting of specific market agencies among remittance recipients and migrants as well as the agents that mediate remittance flows, e.g. mobile money agents. In other words, turning remittances into financial resources that can be leveraged for further digital financial inclusion necessitate getting migrants and remittance recipients to channel, use and leverage remittances through the formal financial sector and, in this case, through the mobile money ecosystem. How is this being done concretely? These agencies are formatted by a particular Socio-Technical Agencement (STA), that is an arrangement of human beings and material, legal, technical, discursive and/or textual market devices, endowed with the capacity of acting in various ways depending on their configurations (Berndt and Boeckler, 2009). Put more simply, agencies  are made aligned to “idealized notions of market rationality and entrepreneurialism” (Berndt, 2015: 568).

In Ghana, many elements shape these agencies and contribute to the construction of a mobile-based remittance market. One such element is the 2015 e-money guidelines. These guidelines led to the creation of contractual arrangements that establish new relationships of obligations, rights and monitoring, but also of mutual reliance between individuals and Mobile Network Operators. Traders, shopkeepers and airtime vendors amongst many others have legally been turned into Mobile Money agents, an essential element of the ecosystem. The resulting fast and high take-up of Mobile Money in general, and of mobile-based person-to-person transfers in particular, opened the door for financial and commercial institutions to consider e-money circulating through mobile money’s electronic trails as a new source of value. These institutions started to collaborate with e-money issuers to expand their businesses and launch new services such as utility and merchant payments. More recently, mobile network operators started to form partnerships with financial institutions to offer additional mobile financial services such as savings accounts, insurance as well as credit products. As a result, remittances are increasingly being tied to new financial products.

Let me illustrate this by focusing on one specific mobile-based financial product offered by one major mobile network operator, namely  MTN, in partnership with a non banking financial institution – Afb Ghana – that was recently acquired by Letshego, a microfinance holding company with its headquarters in Gaborone, Botswana. QwikLoan is a mobile-based nano-loan product that is available to MTN subscribers only. For this particular financial product, MTN and Afb have been collaborating with JUMO, a fintech company offering a mobile financial services platform. JUMO provides a credit-scoring model using algorithms. In other words, MTN’s data – that is, their customers’ mobile money data as well as their telecommunication data – are fed into an algorithm that is used to assign a credit score for each MTN customer. This credit-scoring algorithm takes into account 7000+ metrics, including mobile money transactions (withdrawing, cashing-in, saving), phone calls, texts, airtime top-ups, data use, utility payments, GPS data, Wi-Fi network use, mobile phone battery levels and contacts lists (reminiscent of the digital financialisation Sudeep Jain wrote about earlier in this blog series). In Ghana, as in many other countries, a significant number of mobile money users also happen to be remittance recipients. One of the things that the fintech company tries to do through this nano-loan is to influence the ways in which members of remittance households receive, use and manage their remittances. One market device that they use to encourage potential loan takers to ‘behave well’ is text messages. In effect, text messages are frequently sent to users in order to not only promote the use of financial products but also give financial advice. These text messages act as nudges that constantly reminds the subscribers to do, think and plan things in particular ways. They participate to the transformation of mobile money users and remittance receivers into financially responsible subjects that should make ‘better choices’ in order to improve their lives (see also Rahman 2019 in this blog series on the rise of financial education as a core part of the financial inclusion paradigm). As one representative of JUMO I interviewed puts it:

The bigger part of this conversation is not that we’re just giving them loans. One, we are educating them about finance. Two, we are letting them get a clear idea about how to live their lives, and in addition to that, three, we’re building some credit history for them through all the information that we gather on customers.

While the influence of these text messages on the shaping of financial subjectivities is arguably not to be over-exaggerated, it is worth stating that when JUMO sends a text to all MTN subscribers – that is between seven and eight million -, they manage to reach roughly 25% of the Ghanaian population. For subscribers willing to become eligible for such financial products, new uncertainties are created, and economic decisions have to be made. For instance, the representative of JUMO made it clear during our interview that remittances should better stay in the e-wallet instead of being cashed-out immediately. For remittance recipients, additional dilemmas then arise: how much of the remittances should be prioritised for savings, consumption, but also for nano-loan repayments? What is the proportion of the remittances that should be saved and for how long? Should long-established savings arrangements and practices such as Rotating Savings and Credits Associations (ROSCAs) be abandoned? By propelling these new uncertainties that push mobile remittance recipients to behave in more ‘responsible’ ways, market devices promote the abstract ‘rational’ behaviour related to ‘homo economicus’.

Datafication and marketisation: A global phenomenon?

The datafication of remittances is a part of the increasing efforts from financial and commercial institutions to recognize, build on and turn indigenous financial relations, practices and arrangements into data. The datafication of ROSCAs identified by Kear (2017) in the US is also becoming an increasingly prevalent phenomenon in Ghana and elsewhere. Mobile phones, and the wallets attached to them, are turned into mediating tools between formal finance and indigenous financial arrangements by slowly replacing the box in which members of savings groups used to put their money, including money remittance. Future research on how/whether mobile financial services may impact the financial logics and subjectivities at play within indigenous informal arrangements will prove essential. At the heart of the matter will be the tensions between the ‘commoning of money’ on the one hand (Federici, 2018) and the marketisation of indigenous social relations, practices and arrangements for further financialising projects on the other hand.

Vincent Guermond is a PhD researcher in the School of Geography at Queen Mary University of London. His research explores the uneven geographies of financial incorporation of remittance flows and households in Senegal and Ghana. His research interests are in the areas of the geographies of financialisation, marketisation and (digital) financial inclusion, social reproduction theory and the political economy of the migration-development nexus. His last piece on monetary coloniality, microfinance and remittance, co-written with Ndongo Samba Sylla, was published in Discover Society.

This blog post is a part of the blog series Inclusive or Exclusive Global Development? Scrutinizing Financial Inclusion, in which a new perspective on financial inclusion is published every #FinanceFriday of February, March and April 2019.

Photo by ben o’bro on Unsplash

One thought on “Financialising migration? Remittances, algorithms and digital finance”