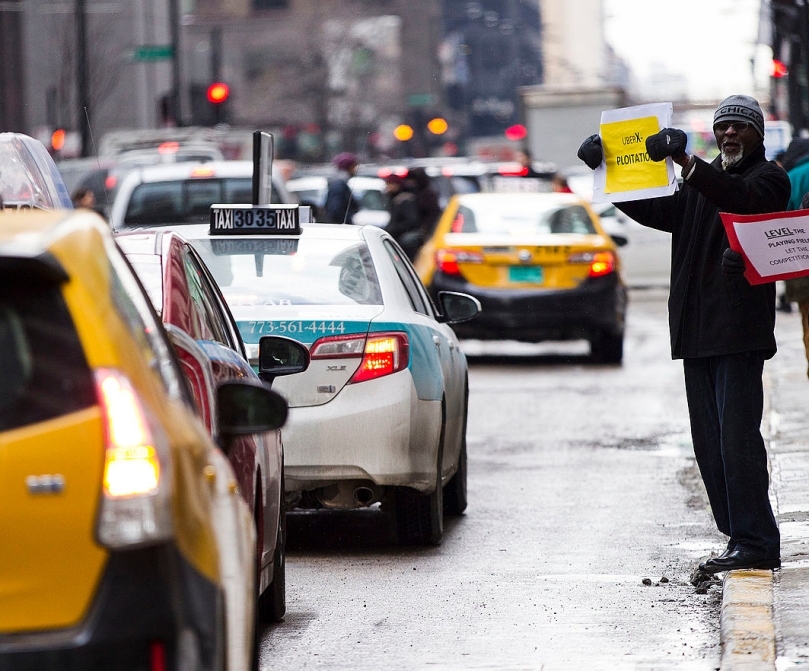 The so-called platform economy – the distribution of, and access to work through websites and apps – continues to grab headlines and the imagination of policy makers, researchers, and journalists the world over. Much attention is given to its rapid expansion, its potential for further growth, and the large amounts of wealth generated through it.

Amongst many others, PWC (2015) published a much-quoted study, if not always critically, which projected global revenues of $335 billion in 2025. If those numbers are potentially inflated, different valuations do point to a significant financial importance. For example, in 2015 ‘17 companies operating in the platform economy were valued at over $1 billion. Of these 17, 12 were based in the US, one in India (Olacabs), one in China (Kuaidi Dache), one in Australia (Freelancer), one in New Zealand (Trademe) and one in the UK (TransferWise)’.

Alongside these macro observations, an equally large amount of ink continues to be spilt about the liberating nature of the platform for the worker (for a particularly excited account see here). The gig worker, we are told, is entering a new reality free of the constraints of oppressive 9-5 employment, far away from the controlling gaze of their manager, able to choose when to work, set their own wages, and whom to work for. A new dawn of democratised entrepreneurialism is supposedly upon us.

Yet the actual evidence is – perhaps unsurprisingly – less rosy. Across the world, platform workers are confronted with the fact that, far from liberating them (or replacing them), new technologies play a disciplining role, deepening many of the characteristics of working conditions in a neoliberal economy: ranging from insecure and precarious employment relations, to greater managerial oversight and debt control. Callum Cant has masterfully documented some of these processes in his recent book on Deliveroo riders, as Jamie Woodcock and Mark Graham have done in their critical introduction to the gig economy.

Attendants at last week’s first ever international conference of app drivers in London got another taste of this reality for workers. Drivers often get into debt in order to lease a car. They then discover that far from choosing their working hours, they are pushed by necessity to work at peak times and accept the most degrading behaviour from passengers in the hope of receiving the much needed five-star reviews. In addition, repairs, petrol, sick leave and other expenses are shouldered by the drivers alone, while the company can unilaterally extract ever increasing percentages from every ride. Those who complain are simply deactivated with little ability to challenge the platform’s decision.

In face of these realities, another form of techno-determinism, mirroring that of the techno-optimists described above, has set in. Platform workers are – we are told – too difficult to organise, or at least not in a cost-effective way. Their atomisation, their rapid movement between jobs, and the speed with which they join and leave different apps means that their unionisation is too difficult. In addition, their status as self-employed workers and the downward pressure of app work on existing industries has led most existing unions to either ignore platform workers, or worse campaign for the closing of the platforms all together. This last approach has become ubiquitous in the Taxi industry across the world, where established Taxi unions and associations prefer to campaign for the closing down of Uber-like companies rather than the improvement of pay and conditions for their fellow workers.

Rejecting these approaches, we argue in a recently published article that the self-activity of workers in the platform economy should remain at the centre of our analysis and, crucially, our organising efforts. Away from idyllic or defeatist approaches, and side-stepping initiatives which aim to deliver better conditions ‘from above’ through policy and standard setting exercises, we return to the Marxist tradition that favours self-organisation and liberation from below. Emancipation can only ever be self-emancipation. We argue that platform work is no different and that organisers and academics should take workers’ lives, experiences, and resistance more seriously.

In fact, this is plain for anyone to see, providing that they take the time to look. Around the world platform workers are getting organised and fighting back – often using the very tools of the industry against it. From mass whatsapp groups and the worker-led feedback mechanisms such as Turkopticon to the more ‘traditional’ work stoppages and labour court cases, the initiatives and tactics used by platform workers are varied. They are strikingly international in character, reflecting the nature of their work and the tools they use. Marx already pointed out in the Communist Manifesto that the internationalisation of capital, and its concomitant development of technology and acceleration of circulation, would simultaneously lay down the basis for the internationalisation of resistance. Platform workers across the globe are once more demonstrating this to be true.

What we call Digital Socialism then, is nothing more than an old-new song. The demand to take workers and the process of production in the platform economy seriously – rather than fanciful technologically deterministic approaches, whether optimistic or pessimistic in nature – not only to interpret the world, but to change it.

Callum Cant is the author of Riding for Deliveroo and a PhD student at the University of West London. Sai Englert is a lecturer at Leiden University. Jamie Woodcock is a Senior Lecturer at the Open University.