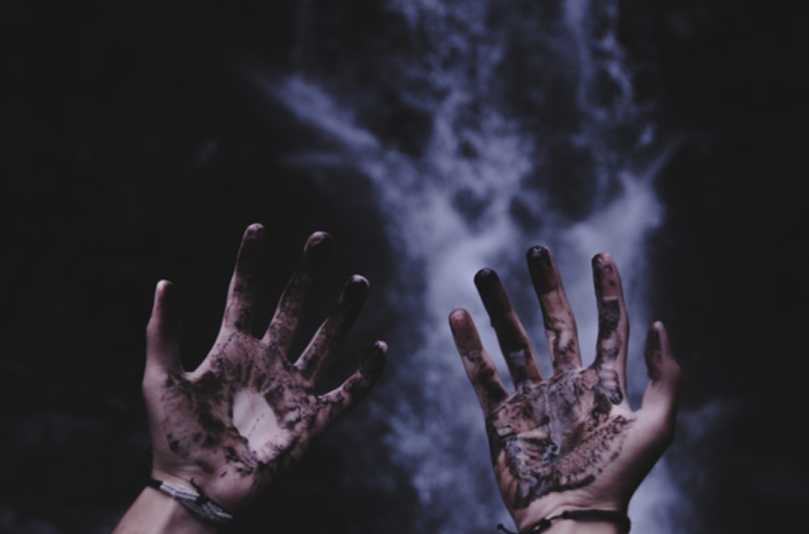 Charles Tilly (1975) has famously shown that the creation of the modern state in Europe since the 14th century was associated with territorial aggression, wars and empire-building. The monopolization of the legitimate use of violence and the mobilization of taxes, were strongly influenced by the need to defend against foreign aggression and to engage in such aggression as well, involving a lot of deaths. Thus, Jeffrey Herbst (2000) argues that due to lower population densities in pre-colonial Africa (which decreased pressure for territorial aggression), strong states were not as prominent in this region as they were in Europe and Asia. Some might also argue that reconfiguring the state involves altering distributions of power and hence sacrificing the dominant class, as Atul Kohli (1994) shows was the case with the Yangban elites in Korea under Japanese colonization.

The property rights characterizing capitalism which are supposed to be enforced by the state are supposed to serve at least the three functions of creating security for investors so that they have extended time horizons; to make asset transfers efficient, and to create incentives and compulsions for productivity growth (Khan, 2009). However, pre-capitalist social relations do not rapidly and automatically respond to price signals and capitalist profit and wage opportunities (and these signals may not exist or may be distorted). Therefore, the transfer of land from pre-capitalist social and economic embeddedness to capitalist embeddedness has often involved violence and dispossession, as Karl Polanyi and Karl Marx (primitive accumulation) observed. Mushtaq Khan (2009) calls this social cost the “transition cost”. From the 16th to 18th century Enclosures movement in England, the destruction of the native pre-capitalist property rights and relations by settlers through dispossession, deception and/or genocide in America and other settler colonies (including South Africa, Northern and Southern Rhodesia, etc.); the dispossession of the Yangban landed elites in Korea under Japanese colonization; etc. In societies where such dispossessions faced the high risk of insurmountable uprisings, pre-capitalist property rights were left largely intact, as in India and many non-settler African colonies, which has negatively affected their land markets till today.

When the capitalist transition and industrialization gather pace as commodification of land and labour occurs, the flexible use of the labour power of the landless masses is prominent. Due to the unskilled nature and surplus nature of labour during the stage of “underdevelopment”, the bargaining power of labour is weak (making exploitation more salient), and hence working conditions at this stage of development has historically been poor (think of 19th century English factories being called “satanic mills”, and contemporary factories in the developing world being called “sweatshops”). Repressive labour conditions characterized the much-celebrated East Asian developmental states (Chang, 2009). Rural-urban migration may create slums and “urban sprawls” where hygiene and standard of living in some urban areas could be inferior to the countryside. Hence partly why some argue for non-capitalist economic paths; others argue for a “labour-centred development” (Selwyn, 2016); and others yet for a “developmental welfare state” with social policy ameliorating the negative aspects of early industrialization.

The global capitalist system is pervaded with cycles. Embedded within the broad Polanyi-Marxian cycle (of crises of overaccumulation following crises of legitimation, and vice versa) (Burawoy, 2010) is a series of business cycles (whereby the downswing involves contraction of incomes), hegemonic cycles (where the downswing of hegemonic transition may involve geopolitical instability and warfare), and global development cycles (whereby the downswing involves a narrowing of developmental possibilities or even their reversal). Generations which live through the downswings experience the costs of the upswings enjoyed by the previous generation, and they take on the sacrifices needed to build new social structures of accumulation.

If we remain under pre-capitalist conditions, we would constantly aspire to overcome their negative aspects, and our philosophers would continue to ruminate upon the essence of life bounded by the phenomena of high child mortality, low life expectancy, tyrannical social and gender practices, and so on. The capitalist system with its peculiar complex of incentives and compulsions is the only way we have come up with (albeit unintentionally, to a very large extent) to surmount these hard challenges of humanity and create beneficiary generations.

Yet it comes with many frictions, tensions, contradictions and sacrificial generations. We constantly attempt to ameliorate the stress for the sacrificial generations; yet state and nation building, capitalist transition, early industrialization, and global cycles will always be full of social tensions. Social democracy, “Keynesian” expansionism, state capitalism etc., for example may attempt to pacify these dynamics (and may be successful for some periods), but they are also come with contradictions as they are embedded within the cycles of generational sacrifice as well (e.g. social democracy in the golden age of capitalism eventually coming under the pressures of crises of overaccumulation, and the forces of globalization and financialization associated with hegemonic cycles).

Efforts to transcend capitalism altogether through full-scale communism also face its own tensions and frictions – the sacrifices of enduring repression from the dominant classes during a revolution; the possibility of becoming deformed or degenerated workers’ states after a revolution; the real informational problems of central planning (as Friedrich Hayek emphasized) and the transition costs of reorganizing property rights and economic organization; the great challenge of opposition from the capitalist hegemon (which is part of the capitalist system, as neo-realists argue) which comes with the absence of a world revolution, as Leon Trotsky noted. Hence, even socialist and communist revolutions come with their own sacrificial generations and tensions. There are therefore few solutions which do not come with its own potential sacrifices; and everyone should be sceptical of anyone who says otherwise. This simply means that everyone and each generation is forced to mediate between, and live with, both toleration and hope, tradition and innovation, conservatism and experimentation.

Abel B.S. Gaiya holds an MSc Development Economics from SOAS, University of London, and works as an analyst at the Busara Center for Behavioural Economics.

One thought on “The Sacrificial Generations of Capitalism”

The Developing Economics blog takes critical approach to development economics. It seeks to stimulate debate and critical reflection on economic development among academics and practitioners from all relevant fields.
Join 14,607 other followers