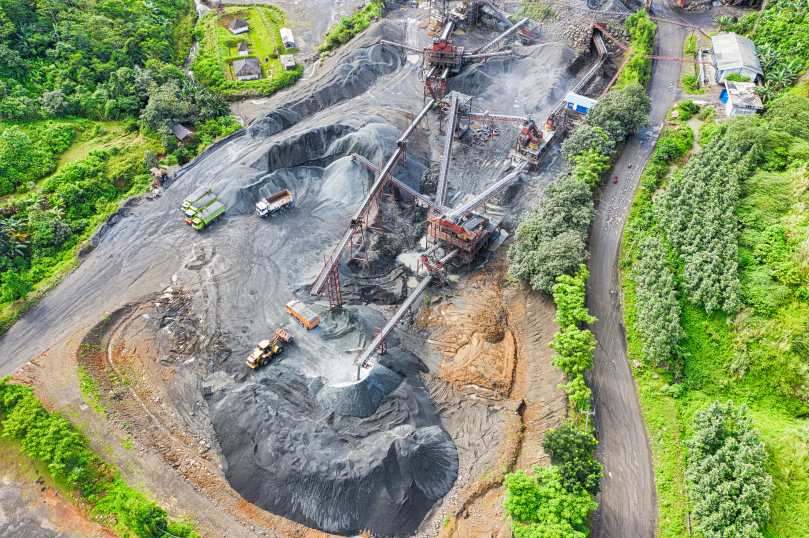 When the majority of Southeast Asian countries began to enact more aggressive responses to the novel coronavirus, Indonesia turned a deaf ear to virus mitigation efforts. As it had no confirmed cases of the coronavirus as of February, Joko Widodo’s (Jokowi) government instead kept pushing extensive economic reform agendas. It submitted a 1,028-page Job Creation Omnibus Bill on 12 February, calling the bill the country’s third great structural reform program after the  1998 International Monetary Fund’s (IMF) Letter of Intent and the 1967 Foreign Direct Investment Law. Despite criticism from the opposition, the president insisted on this neoliberal agenda, claiming that the objective of the bill is to promote more foreign direct investment (FDI) in the manufacturing sector and thus create more jobs.

What effects do neoliberal policies have on political and economic life in Indonesia and state-capital relations in particular? This blog post follows David Harvey (2006) in taking a historical-geographical approach to investigate this question, with a focus on policies put in place in the current president Jokowi’s second term. For many observers, such a bold move to deregulate the economy signals the resurgence of state-led development in a new form. Put differently, what this article would like to argue is that deregulation, an all-encompassing hegemonic ideology rather than simply a policy, has become some sort of ‘banner to unite under’ for the ruling capitalist class in Indonesia.

The Omnibus Law: A Panacea for the ‘Crisis’

During Jokowi’s second term, narratives about economic growth and the importance of FDI have been constantly evoked to lend legitimacy to his government. The Omnibus Law is indeed a bold step in a bid to to carve out an open-market economy. From the outset, the draft of the Omnibus bill was built upon a ‘crisis-narrative’. This narrative presents FDI-based manufacturing as essential, and therefore deregulation as a key solution. This crisis-narrative has also been popularised by the World Bank, for example in its  2019 report to Jokowi stressing that Indonesia needs to attract more FDI as it is far behind other ASEAN countries. The report is said to have shocked the president, as he quickly ordered his ministers to revise existing laws and draft the “omnibus law”. Since then, he has continued to put the blame on the country’s poor economic performance (e.g. the economic downturn in the fourth quarter of 2019) on the confusing regulations and hostile bureaucracy that put off foreign investors, especially in the manufacturing sector. Under Jokowi, the neoliberal tenets of more open national markets and deregulation have become all-encompassing panaceas for the economic slowdown.

The call for deregulation masks material processes which benefit dominant class interests and invokes a brokerage role for the state. As Mitchell Dean (2012) puts it in Free Economy, Strong State, defining neoliberalization can never be “quite as simple as lining up a list of attributes of neoliberalism, such as privatization, deregulation, and the limited state.” The Omnibus bill has facilitated domestic conditions for the ruling capitalist class and will help sustain the primitive accumulation practices.

The bill covers various matters that have allegedly been hampering the creation of employment and investment in a hyper-regulated market. The bill includes more than 1,000 proposed amendments to at least 79 existing laws. This includes a call for a stronger central government and a new financing regime of the Sovereign Wealth Fund (SWF), that is set up for infrastructure development, including those in the new capital city. If the bill passes, there will be higher concentrations of power at the central level, effectively watering down the 2001 Local Autonomy Law. This means the central government will be able to change prevailing laws for the sake of employment creation through Presidential Decree (Peraturan Pemerintah / PP), relax environmental standards, issue business licenses across almost all business sectors, and crowd in “private investment” through the SWF.

The New Capital City in the Spotlight

My main contention is with the contradictory process of neoliberalism, in line with Peck and Theodore’s (2012) argument, that neoliberalism is “a signifier for an always contradictory process… reconstituted, reproduced, and shaped by opportunistic moments.” With the new bill, the central government issues not only the manufacturing license, but also business licenses for extractive sectors, electricity, infrastructure and public housing, agriculture and forestry, maritime and fisheries. Central to this, the concentration of power would reestablish the condition for sustaining capitalist accumulation for the dominant class – which is made up of conglomerates, powerful politicians and military figures, who may in fact not be terribly interested in the manufacturing sector. For example, over the past decade, East Kalimantan province where Indonesia’s planned new capital city is located, has been fraught with local capture and disputes over mining licenses. Most permits have been allocated illegally in conservation and protected areas without a detailed environmental impact assessment.

As reported in Mongabay, the area the new capital city overlaps with, 162 coal mining and pulpwood plantation concessions are connected to Indonesian top conglomerates and politicians. The central government so far tends to put a gloss on the issue by presenting a vision for a green, sustainable new Indonesian capital city and mobilizing particular forms of techniques such as calling for young people to pitch ideas for the new capital city and hiring top consulting companies such as McKinsey and Japanese Nikken Sekkei to develop the master plan for the city. Nevertheless, such depoliticising languages obscure the state’s brokerage role in the neo-extractive activities. The ruling class would not relinquish the land without the state offering tenable compensation, such as land swapping deals or use of coal for electricity generation. The Omnibus law thus could help the state facilitate land expropriation elsewhere in the country. What’s more, there are at least three mine-mouth coal-fired power plants that are already planned for construction in East Kalimantan. Meanwhile, the state continues to pledge commitment to renewable energy, despite the fact that coal has become the closest source of energy to meet the anticipated surge in electricity demand.

As part of the Omnibus bill, the SWF establishment is deemed essential to support the government’s efforts to attract investment. As Jokowi told the press at the end of 2019:

“Always thinking negatively can be a problem. We have to sell the project of moving the capital to other parties outside the government”.

The SWF would be owned by the central government and managed by a ‘special authority agency’ led by the Ministry of Finance that would be able to partner with third parties to manage the fund.. Funding of SWFs such as Singapore’s Temasek Holdings, Malaysia’s Khazanah, Saudi Arabia’s Public Investment Fund, or Kuwait’s Investment Authority, comes from current account surpluses, fiscal surpluses, receipts from commodity exports, or proceeds of privatization. However, in Indonesia’s case, the SWF would be funded by state capital injections, state-owned enterprises’ (SOEs) assets, grants and other defined sources. Rather than the SWF functioning to recycle capital surpluses and diversify investment portfolios, the Indonesian SWF will finance infrastructure projects, especially for the new capital city. Thus far, the United Arab Emirates (UAE), Japan’s Softbank Group, and the United States’ International Development Finance Corporation (IDFC) have pledged to invest U$ 22 billion through the SWF. Put simply, the proposed SWF resembles a ‘pooled fund’ – a combination of direct lending, hedge fund, securitisation of infrastructure loans, and refinancing. Such an arrangement suggests that the creation of a SWF proceeded under pressures from dominant forces and transnational capital where the Indonesian government would appear a responsible financial agent to the stakeholders. Furthermore, it is not clear how this fund will remain independent of ‘sovereign’ interference. Given that not all infrastructure projects are commercially viable, the SWF could potentially serve as safe havens for investment in domestic extractive sectors facilitated by the state. Misappropriation of the fund is also possible. For example, the controversial 1MDB originally set up to promote development and finance infrastructure in Malaysia was rather good at collecting debts and ushering in fraudulent activities.

There are parallels between the deregulation proposed in the Omnibus bill and the policies pushed for by the capitalist class in the 1990s. In the 1990s Soeharto rolled out a series of  reforms including deregulation and attempts to open up strategic sectors to foreign investment. Then, the telecommunication sector underwent the process of deregulation and privatisation. The 1989 Telecommunication Law required a relaxation of state control as well as  entry restrictions on private firms wanting to operate networks and provide non-basic services. Restrictions were removed on the condition that at least two SOEs, Perumtel and Indosat, would hold an equity stake in the new business entities. There was neither consensus about what the privatization exactly meant nor about how procurement would be carried out. The upshot was that the sector became an adequate outlet of capital accumulation for well-connected business elites and Soeharto’s family partnering with foreign firms. Insofar as Soeharto’s children and their foreign allies competed fiercely for the Kerja Sama Operasi (KSO) project (in English this is equivalent to Build, Operate and Transfer, or BOT), the contracts would be brokered through the state. The state privileged consortiums that had established links with Soeharto’s family and the immediate outcome was the state shared the spoils and determined ‘who gets what’ in lieu of competitive bidding. The 1989 Act indeed became some sort of ‘banner to unite under’ for the dominant capitalist class.

I am not arguing that the 1990 deregulation is exactly the same as the Omnibus draft, but rather wish to highlight some parallels. I argue that the continuation and proliferation of primitive or original accumulation practices shaped by the dominant class have always existed and that in Indonesia they are brokered through a centralized state again. We can expect that the newly proposed bill rolls out dynamics of uneven development, of politically mediated capitalist competition, and trials with costly errors. After all, neoliberalism will be brought to trial for its own contradictions and externalities.

Trissia Wijaya is a Ph.D. Candidate at the Asia Research Centre, Murdoch University. Her research interests primarily lie in state-business relationship, the political economy of infrastructure, and Chinese and Japanese foreign aid and investment in Southeast Asia. She tweets at @TrissiaHebe_W.

Photo: Industrial mine in Indonesia.