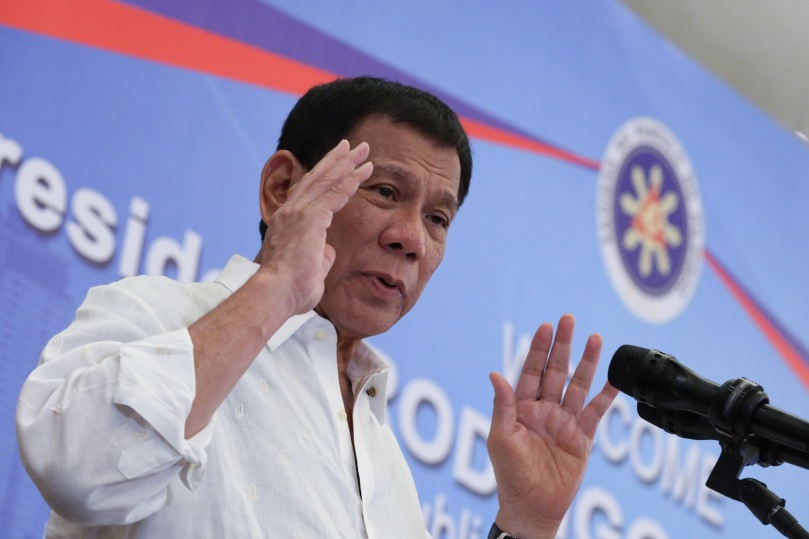 In his late-night Talk to the Nation on COVID-19 on 6 April, Rodrigo Duterte, the populist President of the Philippines, echoed the affirmation of leaders from rich countries in North America, Europe, and Asia: to do “whatever it takes” for the economy to survive the pandemic. The problem, however, is that, on his own admission, Duterte is incompetent in economics. His stubbornly militaristic mindset and police-centric approach to governance is even more problematic when dealing with complex developmental causes and impacts of the coronavirus outbreak.

Yet the Philippine state’s inadequate institutional capacity to respond to the epidemic goes deeper. Given the national economy’s position in the hierarchical global economic system, its structural weaknesses impacts on how effective the government’s response can be. The current mainstream approaches to resolve the pandemic and the multiple crises of capitalism would fail to address the convoluted historical process of maldevelopment of the Philippines. Thus, a radical political strategy with a new economic paradigm for post-pandemic reconstruction is needed.

The Neoclassical Economic Team and the Missing Keynesians

On economic affairs, Duterte has relied on the “bright boys” of his cabinet – notably, Finance Secretary Carlos Dominguez III, newly resigned Socio-Economic Planning Secretary Ernesto Pernia, and former Budget Secretary and incumbent Central Bank Governor Benjamin Diokno. Although they are competent technocrats, being trained in neoclassical economics, their faith in market-oriented solutions does not provide the appropriate policy framework to contain the health crisis and economic downturn.

While Duterte’s political style may be characterized as populism, his administration’s economic policies are “very conservative.” Hence, his instruction to the Secretary of Finance to generate funds through any means possible to sustain the beleaguered economy is to be carried out on the terms of neoclassical macroeconomic theory. A core operating tenet of this orthodox economic policy is that fiscal space (i.e. room in a government’s budget) is a prerequisite for government spending, even when an expenditure is on purposes such as securing the well-being of citizens during a pandemic. It undermines a basic Keynesian macroeconomic reality that the government generates income through spending — which, in turn, increases the state capacity to provide for the needs of the population. Neoclassical macroeconomics also claims that a government is constrained by revenues, and that the capability of a state is reduced to its financial position. It therefore disregards the possibilities for the state to exercise political will over economic policy instruments and the scope for a government to mobilize the country’s real resources.

Unfortunately, voices from Filipino critical, heterodox, or post-Keynesian economists are hardly heard in public debates when their intervention is most urgently needed.

At this period of great uncertainty with a recession looming, the Philippine government may test Modern Monetary Theory (MMT) as a viable macroeconomic strategy to manage the pandemic crisis. MMT is applicable to a sovereign state like the Philippines with a central bank that issues the country’s own currency and a floating exchange rate regime that is fully integrated into the fiat monetary system of the contemporary world-economy. A fundamental principle of MMT is “monetary sovereignty,” which suggests that the state creates money. Hence, the Philippine peso is the creature of the Philippine state.

The direct transfer of cash to the public and other targeted social support schemes are now being undertaken by state agencies, cities and municipalities across the Philippine archipelago on the basis of local ordinances and the Social Amelioration Program provided for under the Bayanihan to Heal as One Act. This may be construed as an implementation of MMT insofar as it shows that the government does not face financial constraints when printing and issuing its currency to distribute to the population for local consumption of goods and services.

Contrary to Duterte’s alarmist pronouncement, the government cannot run out of money for this purpose of transferring or handing out cash to the needy and insecure population simply because the Philippine state has sovereignty over the issuance of the peso and a national central bank (the BSP – Bangko Sentral ng Pilipinas) controlling monetary policy. At the moment, the Philippines also has a relatively stable credit rating and a sustainable level of external debt. Through legislation by the Senate and the House of Representatives, the Executive can instruct the BSP to issue money or credit bank accounts without draining the nation’s reserves. In today’s modern monetary system, this may be done digitally.

By following the MMT, the Philippine government can take the perspective that the state issues — rather than merely spends — money. As such, the state is not like the typical private individual or household, whose spending is limited by its savings. Being the monopoly issuer of its own currency and the sole taxation authority, the state can always credit a bank account to make a domestic payment. The government cannot be insolvent; but it can default if it chooses to do so. An option for the government is to make a self-imposed debt limit, and for a developing country, in particular, it should be strategic with its foreign borrowings and avoid piling up external debt burden.  It is imperative not to deepen unnecessary external indebtedness of the government for expenditures and programs that can be covered in local currency during this expectedly protracted economic hardship. The substantial increase in government debt now due to deficit spending and external borrowings will still have to be addressed in the post-crisis management of the economy. There is a danger that these deficits and debts would be managed through austerity and deep cuts in state expenditures if neoliberal officials are elected in government or appointed in the bureaucracy in the future.

In addition to the macroeconomics of MMT, the Philippine government may also implement universal basic incomes and related social protection programmes, notably the provision of food and other needs for subsistence of households while on lockdown and community quarantine, to ensure cash flow for individuals and families, support reproductive life, and encourage both productive and creative work. But these financial assistance would not go far enough. In war-like economic conditions such as the COVID-19 pandemic, Keynes would remind us that the technical problem of finance (i.e., the making and issuance of money to spend for necessary expenditures) can be solved easily. The more crucial problem for the time being is the mobilization of resources, when not just the demand- and supply-side problems come in to play, but also where there is an organizational requirement for the government to deliver public services efficiently and effectively.

The key to a strong economy has always been its productive capacity. During the pandemic, the mobilization of finance should come with shifting and mobilizing the country’s real resources. It is vital that the government’s pandemic response is comprehensive with a view to the action plan for economic and social changes over the immediate and long-term.

The greatest—yet underutilized—assets of the Philippines are the labour of its people. Acting as an employer-of-last-resort, the government should create jobs and facilitate employment in activities that are currently most strategic (e.g., in healthcare, scientific research, farming, education, information technology, retail and food sectors, construction and infrastructure, sanitation and other public services). Give jobs at a living wage up to a point of full employment and open opportunities for livelihood. Legislate labour laws to reduce working time to what is just and socially necessary so as to observe a natural balance between work and leisure.

In essence, this emphasis on the strategy of job creation even in a time of a pandemic comes from a particular sensibility of labour as a creative and productive source of social and economic value. Labour is the lifeblood of the human economy and society; whereas the capitalist system depends its survival and reproduction on the real subsumption of labour to capital and on the market exchange for profits. Here, Marx’s argument comes to mind: “Every child knows a nation which ceased to work, I will not say for a year, but even for a few weeks, would perish. Every child knows, too, that the masses of products corresponding to the different needs required different and quantitatively determined masses of the total labour of society.”

Paradigm Shift for a New Economy

The biggest constraint, however, to any progressive economic response to the pandemic is the longstanding hegemony of neoliberalism that has resulted in the tragic underdevelopment of and tremendous inequalities in the Philippines. From crony capitalism during the Marcos dictatorship in the 1970s–1980s to the succeeding 30 years under different administrations with essentially elitist liberal-democratic institutions, the neoliberalization process in the Philippines has favoured the ideology of trade liberalization over industrialization, localized agricultural innovation, agroecological transformation and food self-sufficiency. For decades, the country’s economic managers and free-market ideologues have made Filipinos consent to the idea that it is much cheaper to import manufactured goods, rice and other agricultural products than to protect and nurture the nation’s manufacturing industry, agriculture, farmers and food system.

The macroeconomic techniques offered by MMT and Keynesianism may prove effective for the Philippine government to keep the economy dynamic. But utilizing them requires strict adherence to the principles of democracy and integrity in governance.

On top of adopting the perspectives of state money, labour and democracy, there is need to redefine the role and restructure the responsibilities of the central bank in a way that contributes to a coordinated economic and social reform process—specifically to strengthen the domestic industry, manage the terms of trade, and institutionalize redistributive welfare programmes. To this end, “inflation targeting” should not be BSP’s primary regulatory function and monetary policy goal. Though central bank’s independence should be guaranteed, it must not be made immune from democratic accountability.

It is particularly important in the wake of the pandemic that economic policies be used as instruments of social justice to build conditions for a new economy, rather than the recovery of the grossly unjust and highly unequal existing order. The synergy of economic activities between rural and urban areas must be organized sustainably to attain the geographical development objectives of dynamism with equity. Importantly, to genuinely enforce progressive taxation, the government and the active citizenry have to collectively value every labourer’s contributions to the socio-economy, reassess the ethics of inherited wealth, and dismantle rentier capitalism.

Indeed, the ongoing health, economic and existential crises ought to be taken as an opportune moment to push for a shift in our thinking about the normative workings of the economy, the significance of addressing systemic inequalities, and the moral value of human dignity and every human life.

Bonn Juego is a researcher and teacher in international development studies at the University of Jyväskylä, Finland. He tweets at @Bonn_Juego.