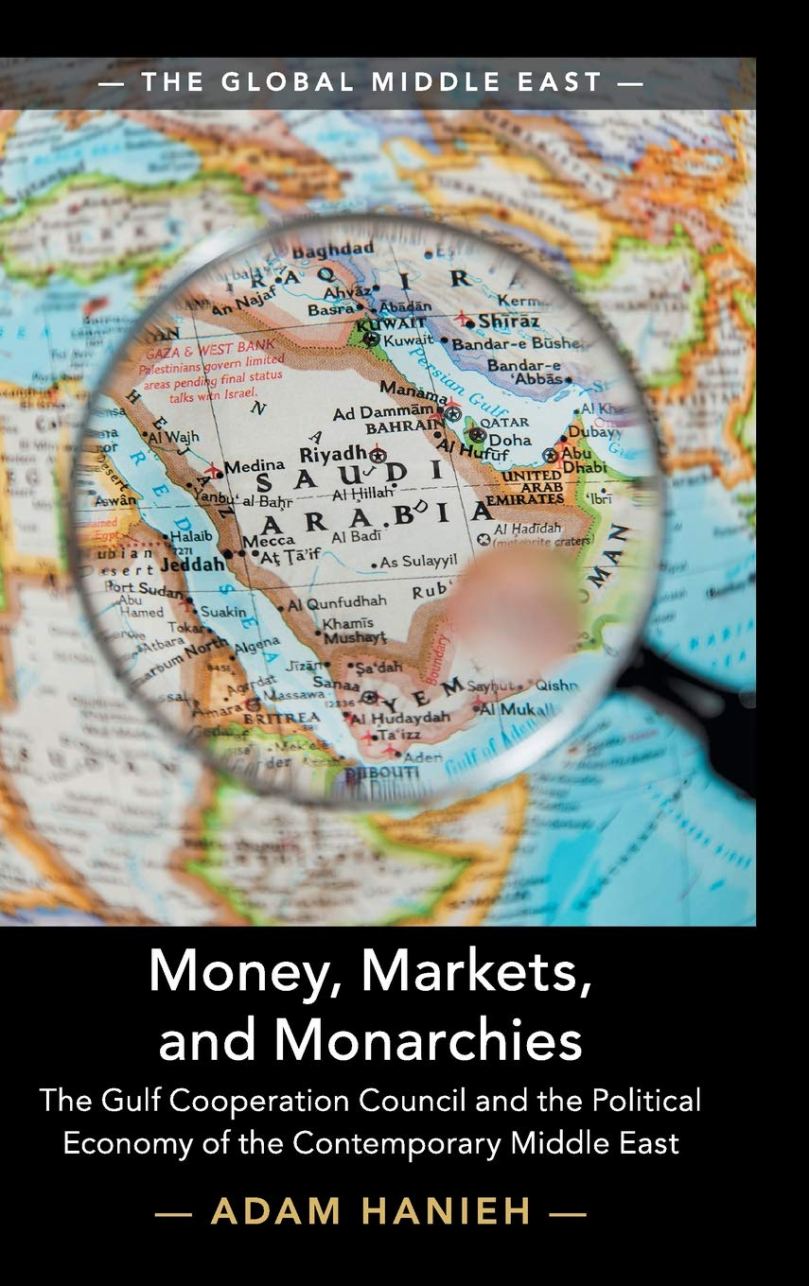 Adam Hanieh’s book ‘Money, Markets, and Monarchies: The Gulf Cooperation Council and the Political Economy of the Contemporary Middle East’ is one of the most important works on contemporary Middle East. The book analyses the specificity of the Gulf Cooperation Council (GCC) as part of global capitalism by focusing on the socio-economic structures of the six Gulf States, the interlinkages between them and other socio-economic and financial relationships with the rest of the world. Joining other scholars, Hanieh draws attention to the fact that scholarship on the Middle East including the GCC has inclined towards an exceptionalism which overwhelmingly focuses on the Middle East as a resource-rich country and a site of various conflicts. This reductive emphasis diminishes the various ways in which the region integrates the contemporary patterns of capital accumulation and historical lineages of familial and monarchic capitalism. As he mentions, even the modern concept of the ‘BRICS’ excludes the large population of the Middle East. Filling this vacuum, the book focuses on how the GCC absorbs and reproduces contemporary modalities of capital accumulation in diverse sectors including finance, agribusiness, real estate, retail, telecommunications, and urban utilities. The six states of Gulf Cooperation Council (GCC) including Saudi Arabia, the United Arab Emirates, Kuwait, Qatar, Oman, and Bahrain have special linkages with global powers including the US, Israel, China and other Arab states. As important logistics hubs and sites of intermediate supply chains these states also connect with other countries.

Their distinct regional character in addition to the reliance on hydrocarbon exports is in their multi-dimensionality. The ability to operate as modern monarchies, reliance on a large pool of migrant labour without offering citizenship and existence as partial enclaves within the global capitalist structure are some of the major themes of the book. Whilst other literature including academic journals on the region have dealt with these aspects in largely disparate strands, Hanieh’s approach to scholarship and analytical emphasis has been on capturing the totality of capitalism. This approach described early in the book provides an analysis of the region as a whole whilst also being mindful of the distinct characteristics of these states.

The book is distributed into 8 chapters focusing on the role of finance, business conglomerates, agro-community circuits, real estate and socio-economic relationships, which constitute the region’s place in the global order. Chapter 2 and chapter 3 deal with the co-existence of state capital (sovereign wealth funds) and private capital (business conglomerates) which constitute the GCC and explain how the interplay between the two constitute the concentration of wealthy millionaires in the region as well as build upon global historical relations such as the role of Gulf capital in enabling the rise of Euromarkets and US consumer debt. Chapter 4 and 5 go into the intricacies of agro-commodity circuits in the Middle East and the relationship between services, manufacturing and real estate. Chapter 6 and 7 focus on the nature of financialisaton emerging in the region and reflections on the future trajectories of the rapidly transforming GCC.

The book offers a lot of important insights but I will focus briefly on two points.

First, Hanieh’s analysis of the region is made most interesting in his view of how the state and capital coincide as a singularity in the Gulf region, notwithstanding his acceptance of the competitive tendencies between states, ruling families, and capitalist conglomerates.

‘state institutions in the Gulf are a social form through which the power of this class is expressed in relation to the rest of society, the wider region, and the global.’ (p.24).

The understanding of the state as an embedded socio-economic actor in an economy goes against analysis which measures the efficacy of strong states as ‘autonomous’ from the demands of business and labour, for example that of the developmentalism thesis in regions such as East Asia. Hanieh’s explicit analysis of Gulf States as class states deserves attention especially in their early formation and ongoing international linkages.

Second, the book raises some useful insights, which are important for regional comparison. These include the elusive nature of contemporary state capitalism, the impact of dollarization on different countries (for example, between emerging countries/resource-rich countries versus developing countries) and the material underpinning of regionalism- a key concern in economic geography. On the whole, Hanieh’s book successfully contributes towards the analytical deepening of the political economy of the GCC and offers an alternative view into how conflict and uneven and combined development are internalised and internationalised from a regional perspective.

Adam Hanieh is a Reader in Development Studies at the School of Oriental and African Studies. A previous interview by him on this book can be found on the Jadaliyya magazine.

Hanieh’s other books have included Capitalism and Class in the Gulf Arab States (2011), Lineages of Revolt: Issues of Contemporary Capitalism in the Middle East (2013), and Transit States: Labour, Migration and Citizenship in the Gulf (2014).

Farwa Sial is a post-doctoral researcher working on the ESID Project at the Global Development Institute, University of Manchester. She tweets at @farwasial.

2 thoughts on “Book Review of Money, Markets, and Monarchies: The Gulf Cooperation Council and the Political Economy of the Contemporary Middle East”