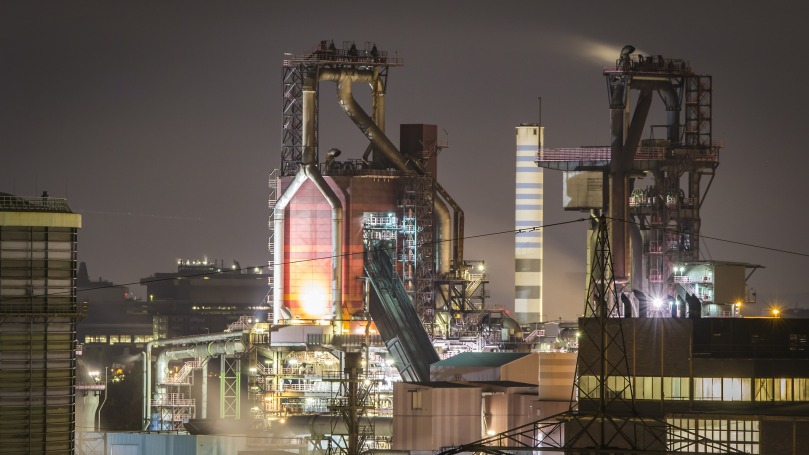 Nobel Laureate Esther Duflo once likened the work of economists to that of plumbers – tinkering and adjusting as necessary as they engage with the details of economic policy-making. The implication in this comparison is that economists generally understand economic systems and behaviour – how the pipes come together – and that the main work of the discipline is to fiddle with these components – adjusting the pressure, replacing valves – to see what works and what doesn’t.

A critique of this approach was compiled by Ingrid Harvold Kvangraven here. The primary criticism is that the basic premise is flawed – we do not, in fact, have a very complete understanding of how the pipes come together. Often, we don’t even know where they are. The institutional architecture that determines economic outcomes can vary widely from one country to the next. With so much variation at the systemic-level the utility of “tinkering” at the margins is questionable.

This blog series will interrogate some of the prevailing assumptions about the relationship between state and capital and look at why and in what ways some economies are deeply intertwined with the state. The structural conditions that actually exist in developing economies are often ignored in mainstream economic analyses – the prescription for countries with large state-owned sectors is usually some combination of more market liberalization, less protectionism, better enforcement of property rights. This ignores why the economy is structured that way in the first place, and therefore such prescriptions risk being disconnected from the reality on the ground, and thus ineffective.

Indonesia’s economic trajectory helps to illustrate this point. Despite a long history of sometimes violent anti-communist sentiment, massive portions of the economy are either partially or directly controlled by state-owned enterprises. According to Kyunghoon Kim in 2016 there were “148 SOEs in Indonesia, and their total assets were equivalent to 56.9% of the country’s GDP.” This includes the state-owned oil and gas company Pertamina, three of the four largest banks, the state-owned electric utility PLN which owns the entire national grid, airport operators Angkasa Pura I and II which operate every major commercial airport, the telecom giant PT Telekomunikasi Indonesia and the largest toll road operator Jasa Marga, to name just a few.

To understand why the state plays such an outsized role in the economy we first need to look at Indonesia’s history. In the 1950s as Indonesia was establishing itself as an independent nation-state, the government nationalized all foreign assets, such as the major shipping and railway companies, both as a knee-jerk reaction to colonialism and a way of establishing agency as a sovereign nation. There was thus no period of experimentation with the development of competitive private enterprise, as the country jumped straight from colonialism to mass nationalization.

When Suharto’s New Order came to power in the mid-1960s, the state became even more entrenched as the custodian of economic development. In the early years, Suharto’s signature economic policy was to make Indonesia self-sufficient in rice production, a goal which was achieved within a decade or so. This was during the 1960s and 70s, when the concept of the developmental state and import-substitution policies were very much in vogue. Economic policy in Indonesia was guided by a belief that it was the state’s duty to shepherd economic growth, intervening in markets as necessary to correct price imbalances and ensure that the citizenry had access to affordable staple goods like electricity, rice and fuel.

This state-led development became one of the defining features of the New Order regime – the state invested heavily in infrastructure and social services and generally protected domestic markets from foreign competition. The price of this state-led development was repression of dissent, muzzling of the media, and a rubber-stamp democracy that saw Suharto re-elected every five years like clockwork. Eventually, the cronyism and corruption embedded in this system were laid bare during the Asian Financial Crisis and Indonesia moved to a more decentralized governing structure, one that featured open and free elections for local and national legislative and executive positions.

From 2004 to 2014, economic growth continued at a steady pace, generally between 5-7%. This was mainly due to high global commodity prices, however, and deeper structural issues in the economy were papered over or ignored. When Jokowi became president in 2014 he inherited an impossibly cumbersome bureaucracy with redundant and often incomprehensible regulatory architecture. It could take years to get the proper permits and licenses to a start a business, and in the absence of an eminent domain law land acquisition could drag on indefinitely. Moreover, in the new decentralized governing structure, it was unclear who had the authority to break through these bottlenecks.

Jokowi’s solution was to re-concentrate administrative and legal authority with the central state government in Jakarta. Through a series of Ministerial and Presidential Decrees he equipped the central state with broad powers to issue financial guarantee for high-priority projects, circumvent regulatory requirements and acquire land in the public interest. He also found himself in an economic environment that was not very conducive to private investment, so he leaned hard into SOEs to do the heavy lifting of building roads, bridges, power plants, hospitals and airports.

The size of the state-owned sector, which was already large, has accelerated dramatically throughout Jokowi’s first term. The total assets of nine major infrastructure-oriented SOEs — airport operators Angkasa Pura I & II, the five largest state-owned construction companies, toll road operator Jasa Marga and state-owned railway company Kereta Api Indonesia — totalled Rp 119 trillion (US$8.5 billion) in 2013. By 2017, their combined assets had increased to Rp 432.5 trillion (US$30.8 billion), and that figure is still rising.

This metastasizing of the state-owned sector has produced concrete results. As exports have fallen as a share of GDP, fixed capital formation (including investment in major infrastructure projects) has increased to pick up the slack. To take just one example, from 2004 to 2014 around 250 km of new toll roads were built. From 2015 to 2018, that figure nearly tripled to over 700 km of new toll roads, virtually of which were built and are operated by state-owned companies. Given the narrow policy goal of building infrastructure quickly and given unreliable regulatory architecture and weak rule of law, the strategy of tapping SOEs to carry out major project development has largely achieved its aim.

The flip-side of this argument is that perhaps private companies would have fared better, and the dominance of SOEs is crowding out more competitive and sustainable private investment. Unfortunately, we cannot test this empirically as time moves in only one direction. But we can look at some sectors that were opened exclusively to private developers, such as renewable energy. Since 2013, Indonesia has been experimenting with various incentives to induce private investment in the renewable energy sector – yet, as I have written here and here, growth has been anaemic. Even with lucrative rates of returns, private developers just weren’t interested.

This is a complicated issue with many potential explanations, but the bottom line is that when private capital is left to fend for itself given the way Indonesia’s economy is currently structured, it often flounders. By contrast the state is uniquely positioned, for reasons of history as well as institutional design, to cut through the bottlenecks that can side-line private investment.

In his second term, Jokowi is focused on weaning the economy off state-led development and inducing greater private investment. Whether this will work or not is one of the main stories to watch in Southeast Asia over the coming years. There is also, of course, the question of whether state-led development is not simply a boondoggle for wealthy elites disguised as development. The CEO of state-owned airline Garuda was recently caught trying to smuggle Harley Davidsons into Indonesia without paying the duty, and corruption scandals at SOEs are common.

But the purpose of this post is not really to weigh in on that question. It is to describe the political economy of a large and important developing country the way that it actually is. The state plays an outsized role in Indonesia’s economy because historically that has always been the case, but also because without invoking the power of the state it can be difficult to get big projects done.

This is ultimately why I find the idea of “tinkering” at the margins to be somewhat limited. The political economy of Indonesia is structured so differently from what you might find in the United States or Europe, that any analysis of economic outcomes that doesn’t factor in these systemic considerations will be of little value. It is becoming increasingly apparent, at least in my view, that to move forward on big questions of economics and policy it is incumbent not to ignore such structural factors simply for the sake of a parsimonious model. Reaching a more subtle, nuanced understanding of how capital is intertwined with the state in different contexts seems to me to be a good starting point.

James Guild is a PhD Candidate at the S. Rajaratnam School of International Studies in Singapore. His research focuses on the political economy of economic growth and development in Southeast Asia, and Indonesia in particular. You can follow him on Twitter at @jamesjguild.

One thought on “Indonesia’s State-Led Development: Custodian of the National Interest, or Boondoggle?”